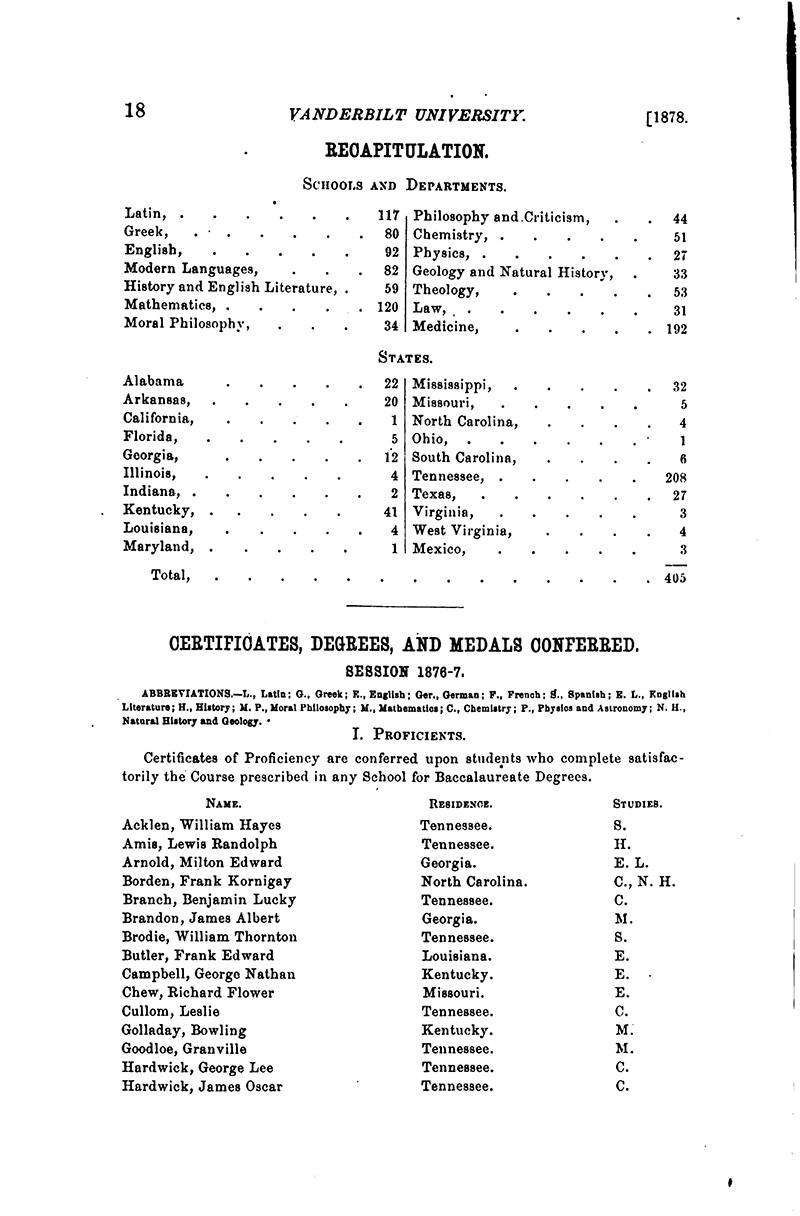 In the third year of its history, Vanderbilt University expanded its student population from three hundred and seven to four hundred and five, adding six new states to its student hometowns, namely California, Indiana, Maryland, North Carolina, Ohio, and Virginia. As the university grew in its geographical diversity, change also took place in its department organization, where The Department of Philosophy, Science, and Literature was renamed as the Academic Department while the other three remained unchanged. One department that observed significant growth was the Medical Department, attracting a number of established doctors with M.D. degrees to Vanderbilt in pursuit of higher education and training in their specialized fields. Jointly operated with the University of Nashville until 1895, the Medical School would become one of Vanderbilt’s signature programs, as described in Athens of the New South by Mary Ellen Pethel.