A Gold Standard: The Founder’s Medal 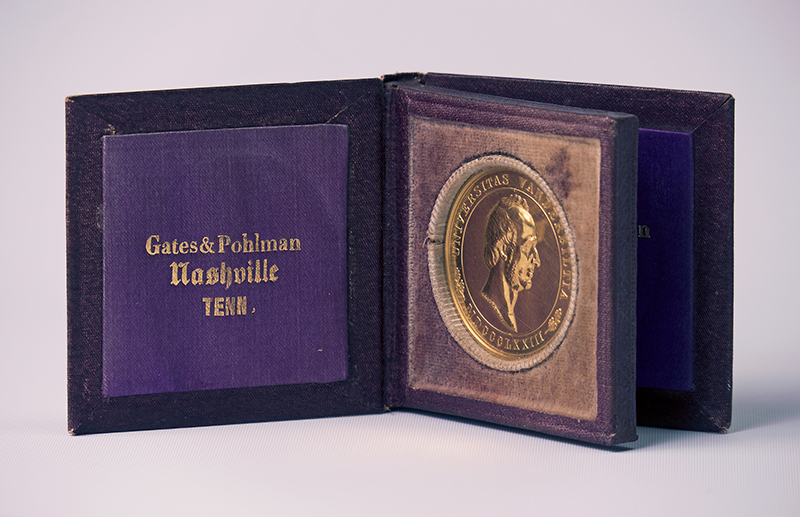 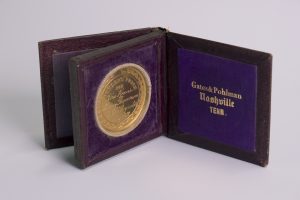 View from obverse side.

On Founder’s Day 1882, this gold Founder’s Medal was awarded to Mr. J.C. Reynolds in the Academic Department. While now awarded for  academic merit, Reynolds received his medal for his success in the university’s annual oratory contest. On the medal, McTyeire’s influence appears with Cornelius Vanderbilt’s bust, since he dictated Mr. Vanderbilt’s profile be printed on diplomas and engraved upon medals.

The award’s maker, Gates and Pohlman, was located downtown in an opulent Second Empire Style building, which personified the luxurious tastes of the Gilded Age, but the medal made for Vanderbilt personified a golden, not gilded, feat. This accomplishment, made possible by the university’s endowment, buildings, and equipment, was a faculty who, through trial and error, opened the way for relatively uneducated white men to excel in academia. Later, these upcoming collegiate alumni supported the university beyond its first decade, providing its future which eventually opened to a more diverse student body. As a result, Chancellor Garland proclaimed students had “no need to seek at Yale or Cambridge” a superior education beyond the South’s Vanderbilt University.