A Past Present Today: John Fulton 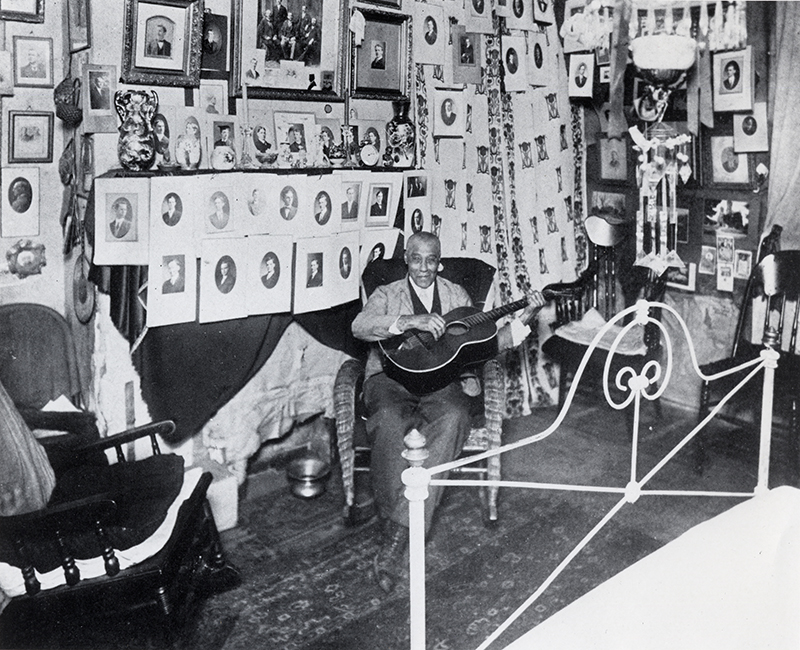 Pictured in his basement room of Wesley Hall in 1914, John Fulton was a Vanderbilt staff member from 1885 to 1914. Before coming to Vanderbilt, Fulton was a house slave at Andrew Jackson’s Hermitage. Fulton’s post-Civil War move to urban Nashville was not uncommon during the Gilded Age, especially since sharecropping, as small white farmers already knew, provided little economic gain.

Adding to this, Tennessee’s “color blind statutes” acted as rebranded Black/slave codes in all but name. These relied on manipulated vagrancy, rape, and apprenticeship laws to unduly enforce harsh sentencing and work ‘contracts’ on freed slaves.

While Fulton’s 400 wallpapered photos do attest to the relationship he formed with students and faculty through story and song, metaphorically beneath them resides a deeper racial hierarchy to which Fulton’s basement placement attests. Fulton’s life and persona on campus reveal the unfortunately oft-hidden core of any university—its staff.

A Program to Fit a Patron: Founder’s Day »