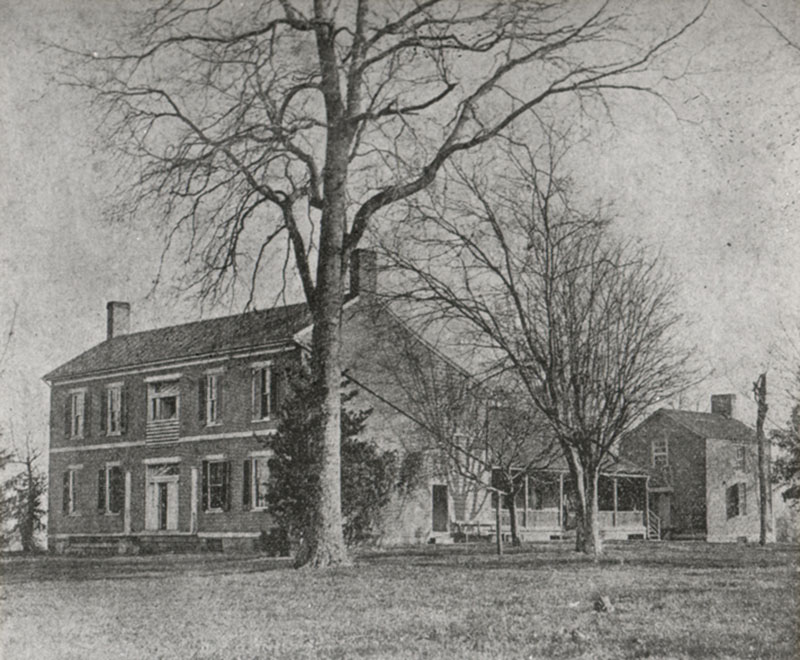 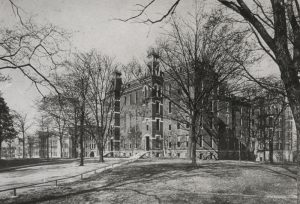 Here, we see Wesley Hall in 1879. In the same year William H. Vanderbilt, son of the Commodore, donated $150,000 to construct a new Wesley Hall (among other buildings), seen left. It became the center of social life on campus between students and faculty, particularly through annual dinner parties funded by Mrs. Cornelius Vanderbilt [Frank] in her 1885 will.

As Camilla Benbow, dean of Peabody College, might say, Wesley Hall acted as an “intellectual greenhouse,” symbolizing the relationship between great minds and great spaces, of and for faculty, fostered by the new university.

A Gold Standard: The Founder’s Medal »
« A Program to Fit a Patron: Founder’s Day