Breadth and Depth: what will you study at Vanderbilt? 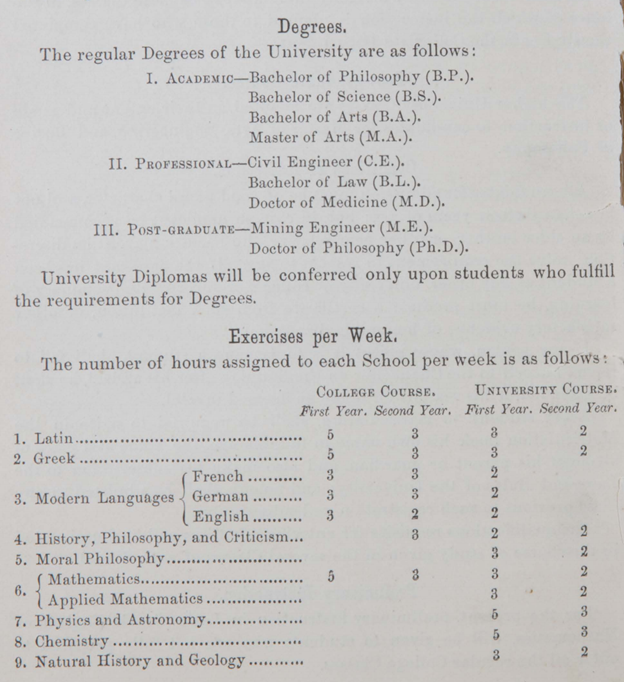 [The options for a Vanderbilt Degree]

Now you are at Vanderbilt, what will classes look like and what were your degree options?

Lets take a look at the course catalog and see what classes Vanderbilt offered in its inaugural year.

As described in the founding charter, there were five schools (the Normal School was dropped) which offered ten degrees in total. The curriculum outlined a four-year Vanderbilt education which required a breadth of coursework for all schools.

The third and fourth year were allocated to university-level coursework with an opportunity to specialize in whichever school a student wanted.

Unlike traditional one-school colleges, Vanderbilt was a university system with multiple schools similar to the University of Virginia. Such a setup allowed for a unique curriculum mixing scholarship in the sciences, classics, and theology. Any student who had the opportunity to attend Vanderbilt would be spoiled by the numerous academic opportunities presented in the course catalog.

[The options for a Vanderbilt Degree]