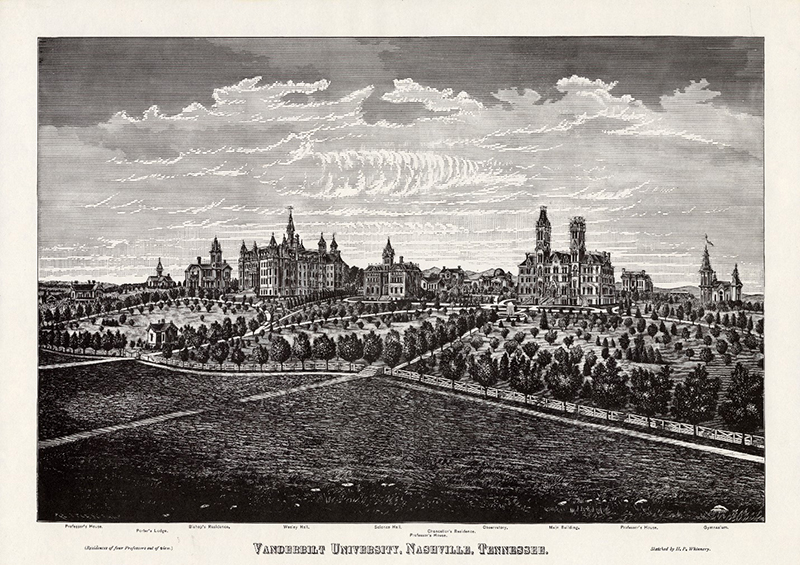 As you stroll across campus, you’re probably wondering  how Vanderbilt became a lush forest in the midst of a robust city. The source of pride for the president, McTyeire initiated a wide-scale project to plant almost 2,500 trees around the perimeters of Old Main within the first year. Many were imported from Pennsylvania by botanist Thomas Meehan, who felt very much indebted to Tennesseans. Dubbed the “Eden of Loveliness” by locals, the campus was planted with so many trees that some had to be cleared out to make room. In response to the sight of such atrocity, McTyeire wrote to a friend that “I don’t see it…I can’t stand it. I have to turn my back.”

What urged Bishop McTyeire to devise such an unorthodox plan? Whatever the reason, the creation of this greenery from earth scorched by the devastation of the American Civil War symbolizes a southern rebirth, like a phoenix from the ashes.