America in the 1930s is best remembered for the Great Depression, a time when poverty and unemployment skyrocketed. Somber images of demoralized men standing in long lines outside of food banks, or pictures of worn-out barns barely standing upright against a rural backdrop might come to mind. Millions of Americans had their lives upended by this economic crisis. To fight the Depression and bring widespread, multifaceted poverty relief to Americans, the Roosevelt administration enacted The New Deal in 1933. The New Deal consisted of multiple social and economic reforms, one of which was the Tennessee Valley Authority, or the TVA. The TVA was created to modernize the rural South by bringing hydroelectric power to the region. This would involve the construction of multiple dams along the Tennessee River, in turn creating thousands of jobs. The TVA has a lesser-known project, though; it spearheaded malaria control projects. Malaria was endemic in the South in the 1920s and 1930s, but by the early 1940s, malaria rates had declined drastically in the Tennessee Valley region. The TVA effectively brought the eradication of malaria in the South by the 1950s.This virtual exhibit will explore the details of the TVA’s malaria control activities, including leadership, methods, and public health reports. 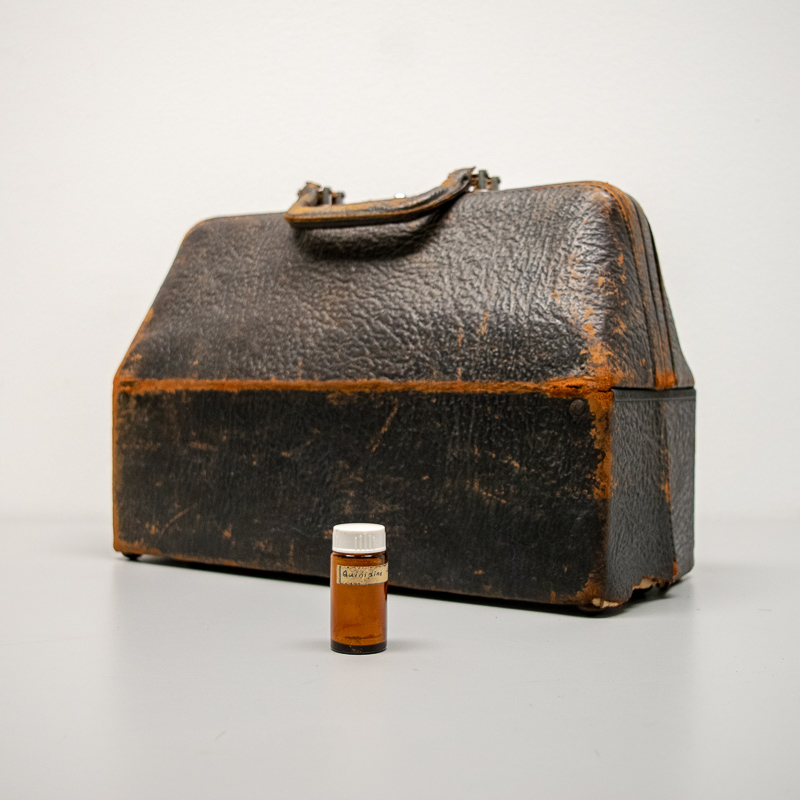 Featured here is a Doctor’s bag from the 1930s. It was common during this time for doctors to make house calls to treat sick patients, and they would bring these bags with them. To treat malaria, a doctor would commonly administer an antimalarial, like quinine or quinidine. Pictured here is a bottle of quinidine that was found inside this doctor’s bag.