The Once and Future Book

Riddle me this: in what universe do sheep become books, knives serve as erasers and wasps make ink? We learned this and more from our class on the history of books and printing. As student curators, we had the unique opportunity to create this exhibit of rare materials ranging from medieval manuscript to Mark Twain, Here we highlight cultural, historical, and social aspects of  the book in this universe.

Is the book dead? We don’t think so.

The Confederate States Almanac, and Repository of Useful Knowledge 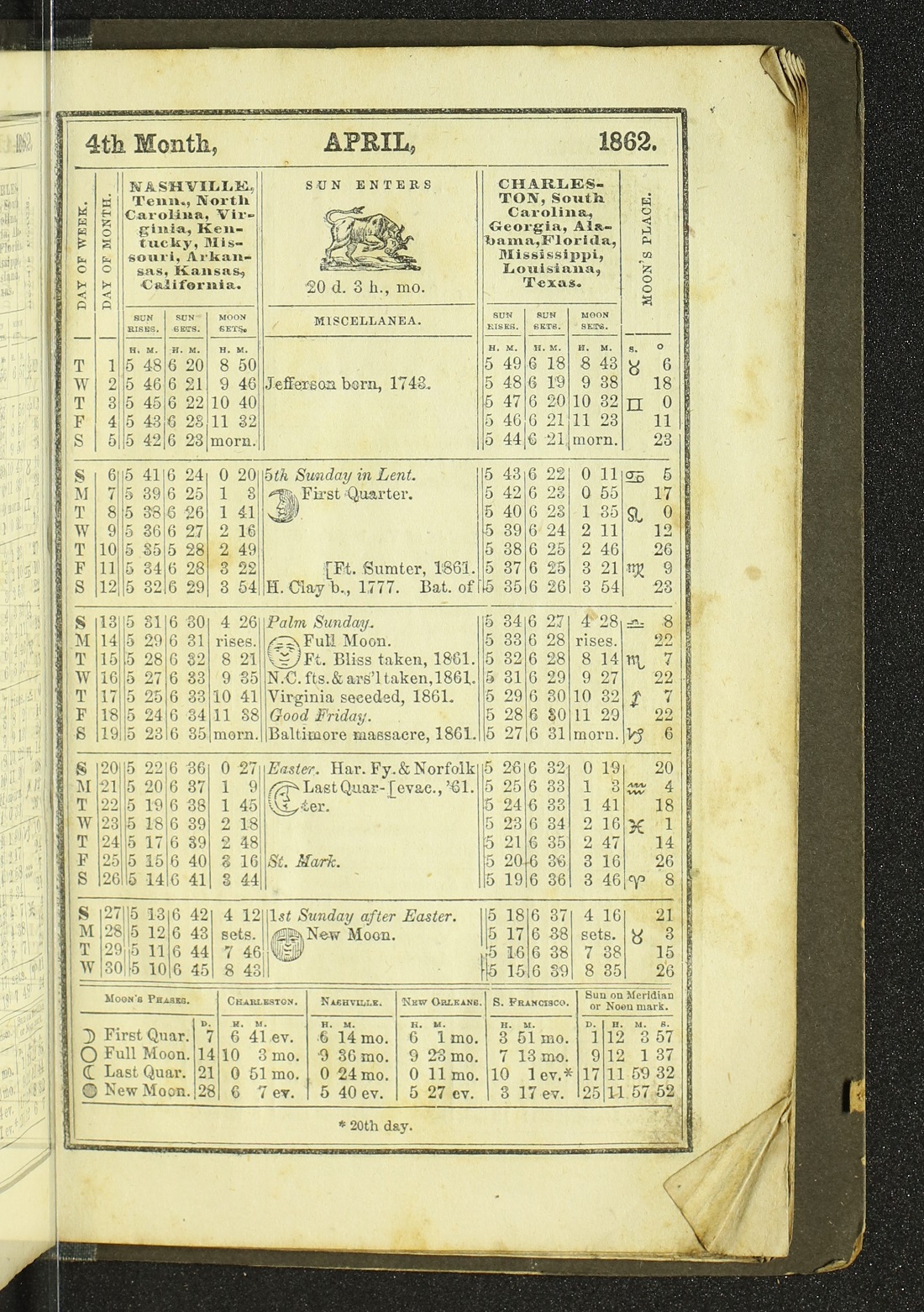 Clarke’s Confederate almanac was printed as a fundraiser for the Confederate Veterans Camp of Atlanta, Georgia, with 25 percent of the profit going to the camp. It lists planting seasons for Tennessee, North Carolina, Virginia, Kentucky, Missouri, Arkansas, Kansas, California, South Carolina, Georgia, Alabama, Florida, Mississippi, Louisiana and Texas, including the 11 Confederate states plus California, Missouri and Kansas.

Along with the typical planting guides and astrological projections, Clarke’s almanac lists dates when Confederate forts were overtaken by Federal troops as well as other dates significant to Confederates, including the inauguration of Jefferson Davis as president of the Confederacy on February 18, 1861. The “Repository of Useful Knowledge” contains a chronological breakdown of the war, images of key figures, postage rates in the Confederate States of America, army wages (from privates who earned $11 per month of service, plus one food ration/day and a clothing allotment to generals who received a flat $301/month), a list of Confederate officers, including those commanding, those killed and those who had resigned and other Confederate propaganda.