“Have Sanitation Workers A Future?” 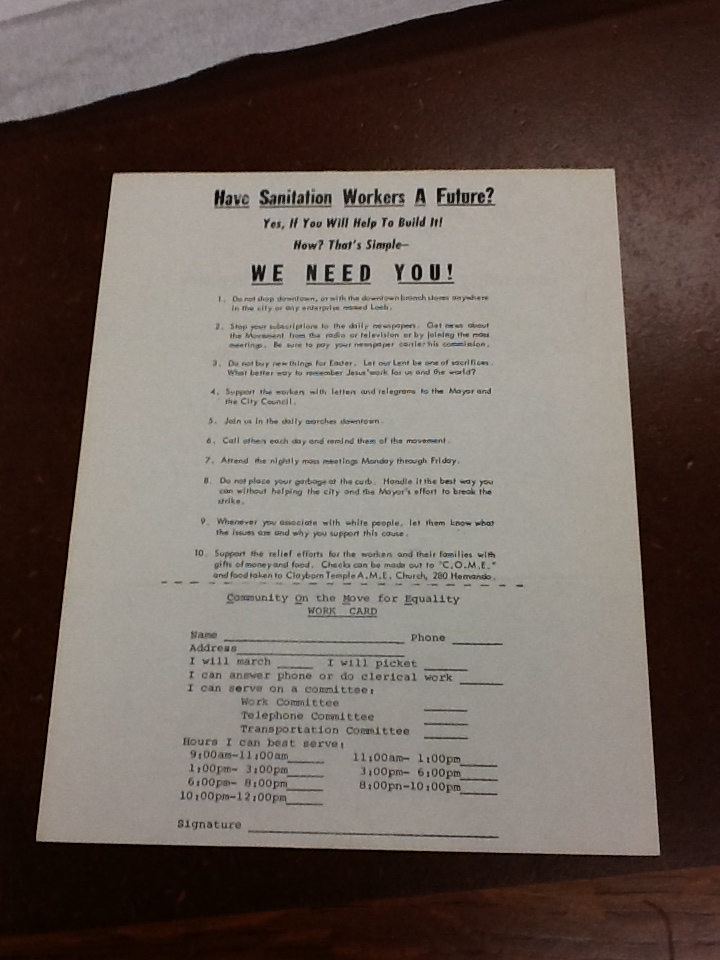 The Community on the Move for Equality organization, composed of community and religious leaders of Memphis was created during the early days of the Memphis sanitation workers’ strike.  Reverend James M. Lawson, Jr. was a leader of this group. Lawson’s talent for organizing and his skills in negotiating were required daily during this tense period in the Civil Rights Movement.  His was a voice of calmness and clarity after the assassination of Revered Martin Luther King, Jr. on April 4, 1968. Soon after the King assassination, Lawson himself was targeted for assassination with death threats and hate mail.