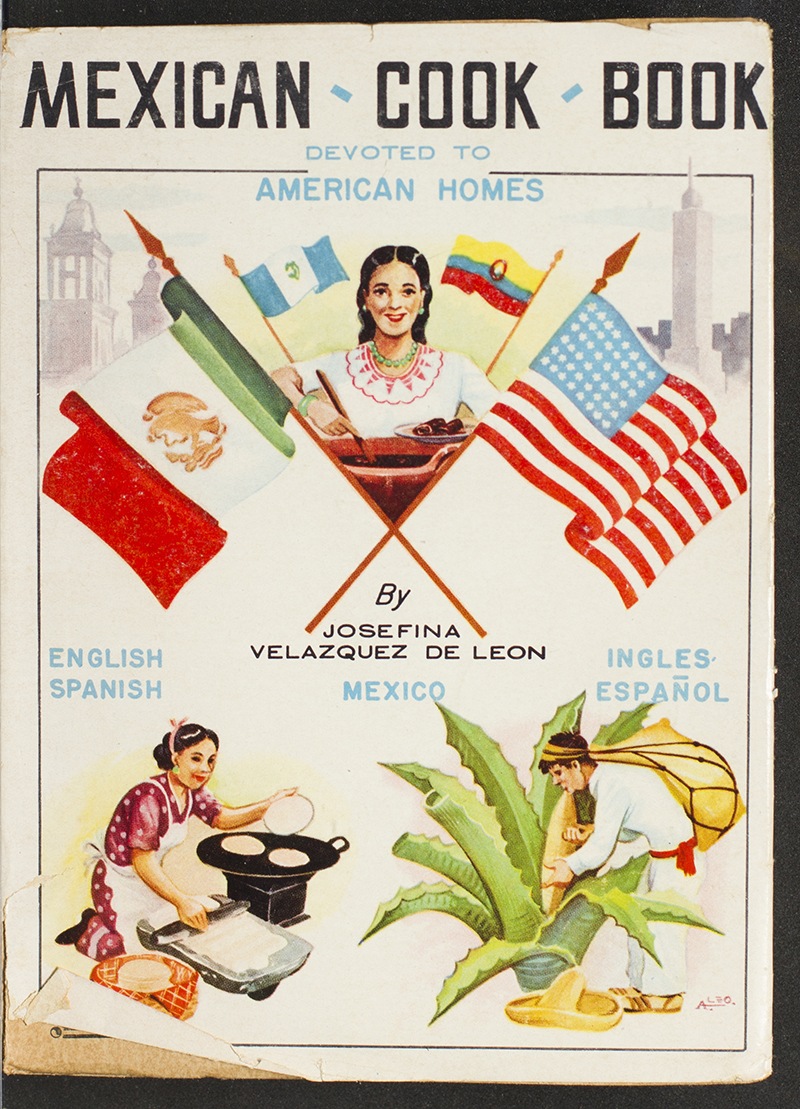 Perhaps the most popular cookbook by well-known Mexican culinary author and historian Josefina Velázquez de León, this work was first published in 1947 and went through two additional editions. Published in bilingual format, and covering popular and traditional dishes throughout Mexico, its intended readers—in addition to the United States—were those living in Central and South America.