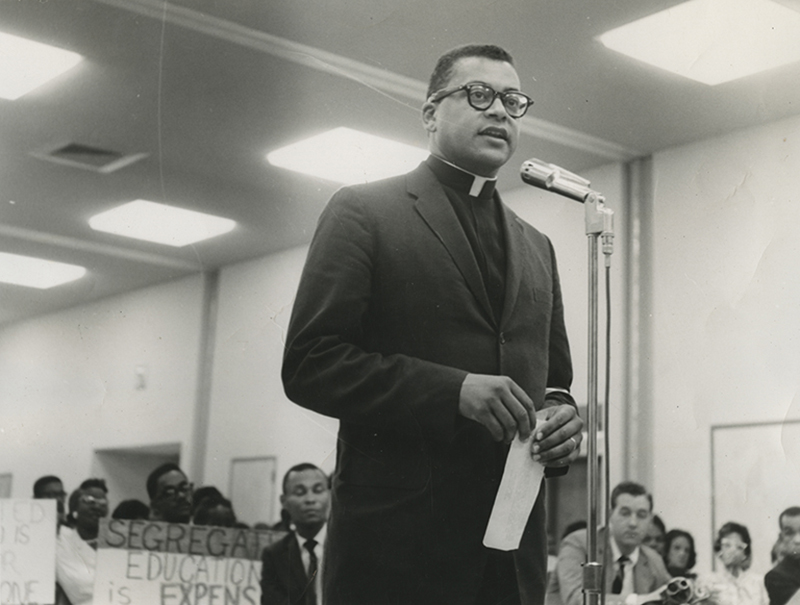 Reverend James M. Lawson, Jr.  became the pastor of Centenary Methodist Church in Memphis, Tennessee in 1962. While there he continued his work in the Civil Rights Movement leading the fight against segregation in the community and the schools. Here Lawson is speaking out against segregation at a 1963 school board meeting in Memphis. In 1960 the Memphis chapter of the NAACP filed a lawsuit to desegregate the city schools, this lawsuit, Northcross v. Board of Education of the Memphis City Schools compelled the city to begin desegregating the schools. Initial reaction to this charge was hostile but in 1961 thirteen African American students entered Memphis City schools without protest. In the following years little was done by the school board to actively integrate the schools resulting in protests to actively engage in the desegregation of schools across the city. It wasn’t until 1973 when the federal government ordered desegregation busing to begin that Memphis schools were desegregated.