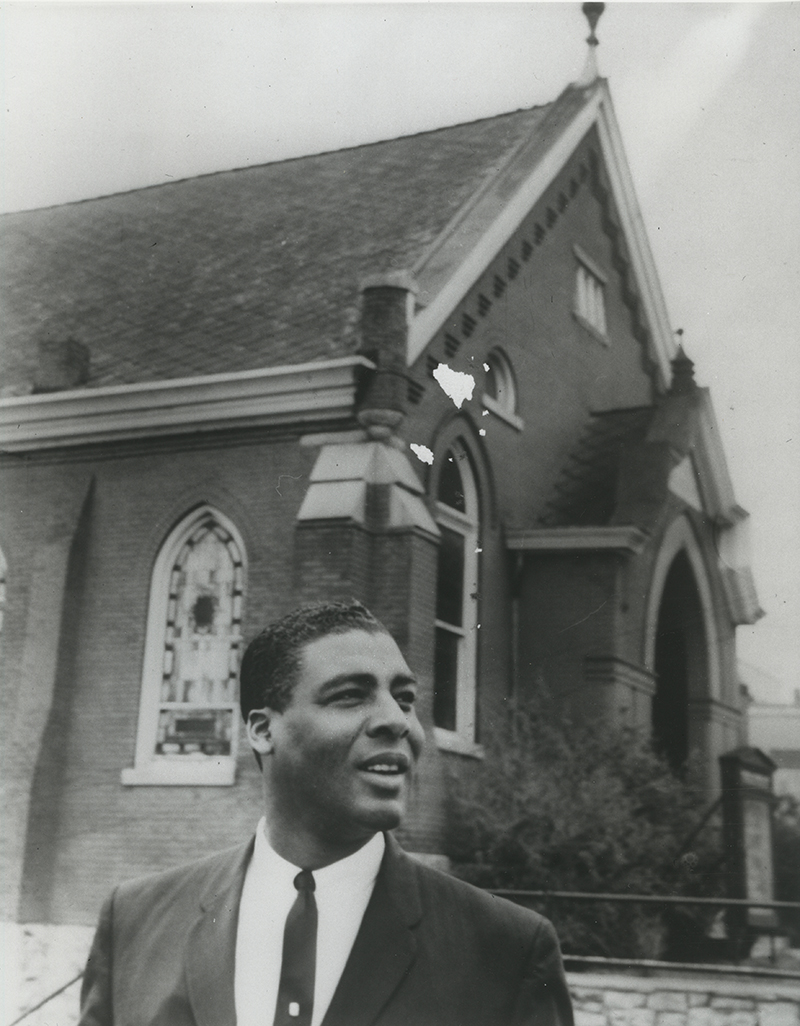 The Reverend Kelly Miller Smith  moved to Nashville, Tennessee in 1951 where he became pastor of First Baptist Church, Capitol Hill, a post he would retain until his death in 1984. He became president of the Nashville NAACP in 1956 and founded the Nashville Christian Leadership Council (NCLC) in 1958. Through the NCLC, Smith helped to organize and support the Nashville sit-ins—a movement which would successfully end racial segregation at lunch counters in Nashville. His steady leadership and command of the issues of non-violence in the Civil Rights Movement is seen as one of the main reasons the transitions away from segregation in Nashville was so successful.