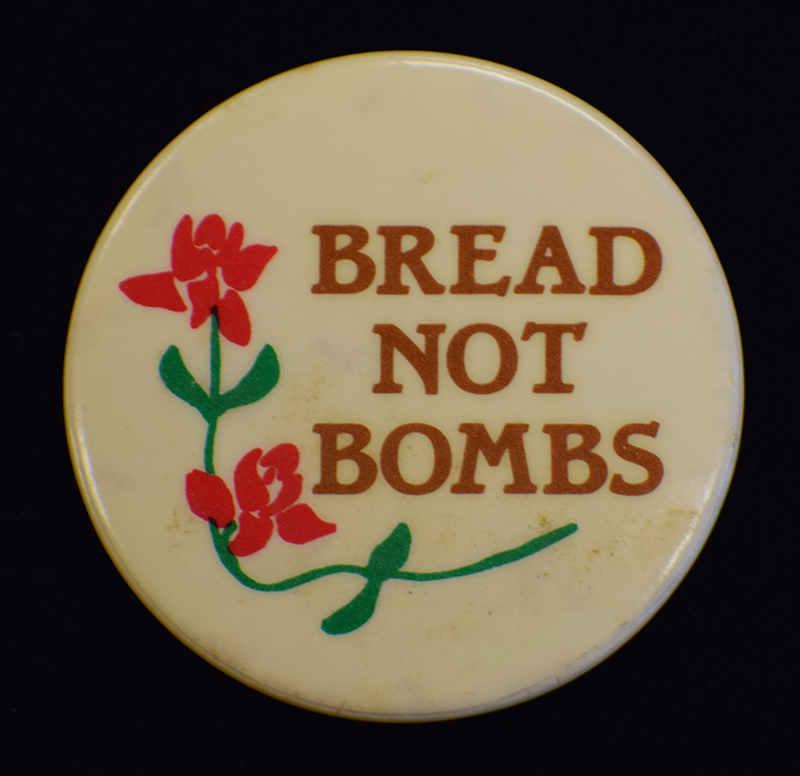 Pin-back buttons typically contain short slogans or messages which promote political or charity campaigns. “Bread Not Bombs” protests the government’s usage of funds for war, rather than for its impoverished, hungry citizens. “Stop the Draft” protests the mandatory conscription of the Vietnam War and calls for a protest march on Washington. In addition to “World Peace,” these three buttons manifest simple yet provocative messages.