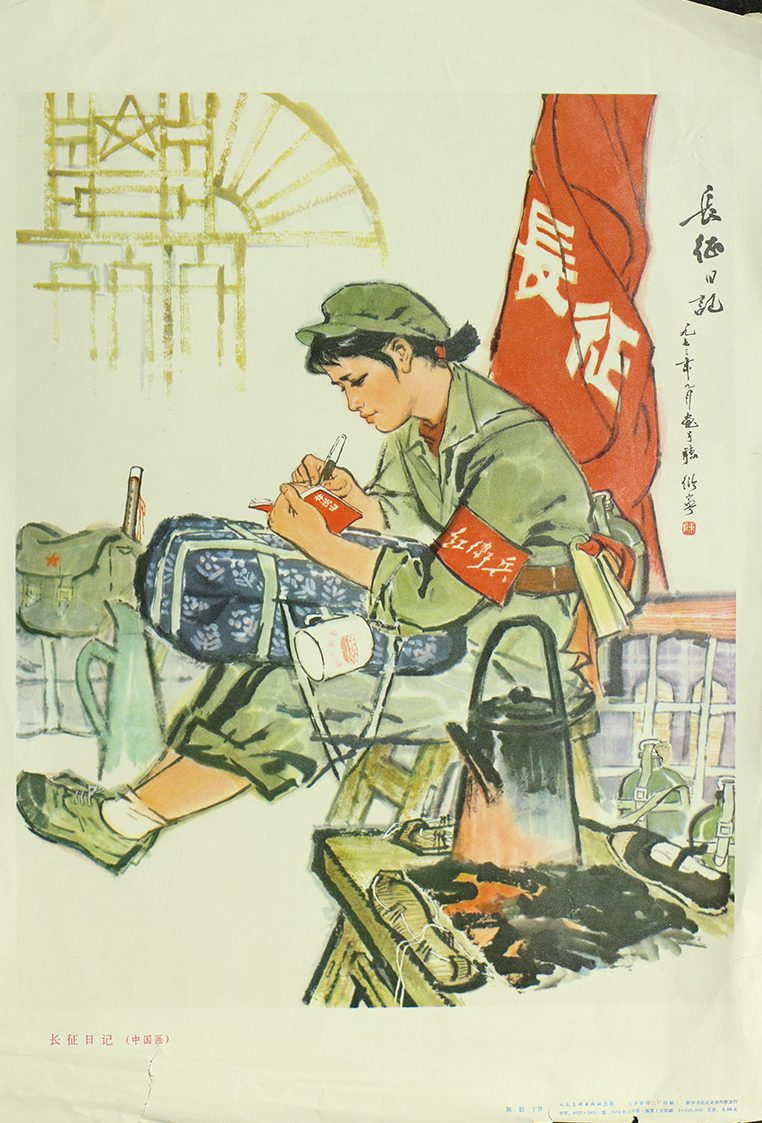 A print of an oil painting by Chinese-American Chen Yanning, this poster depicts a Red Army soldier writing in her diary during the Long March (1934-5). Occurring during the Chinese Civil War (1927-36), the Long March was a military retreat undertaken by the Red Army, which represented the Communist Party, to avoid the pursuit of the Chinese Nationalist Party. The Long March also marked the beginning of Mao Zedong’s ascent to power. The diligence with which the soldier depicted writes in her diary, as well as the humble nature of her posture and her surroundings, suggests ideal characteristics toward which the soldiers should aspire. The vibrant red also evokes Communism.