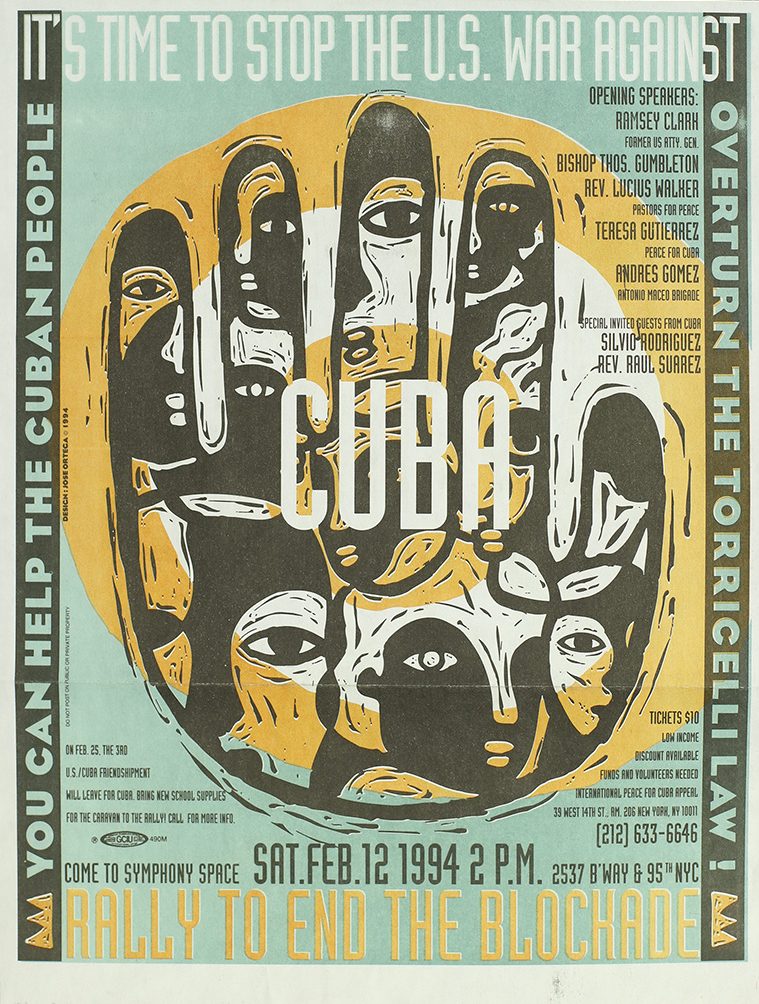 This poster was distributed in New York City to promote a rally against the U.S. trade embargo against Cuba on February 12, 1994. In Cuba, the embargo is called “el bloqueo”—in English, “the blockade.” The poster has two sides, one in English and one in Spanish. The phrase  “Overturn the Torricelli law!” refers to the 1992 Cuban Democracy Act, which was sponsored by then-U.S. Congressman Robert Torricelli (D, New Jersey). The act prohibited foreign-based subsidiaries of American companies from having commercial activity with Cuba, thus expanding the trade embargo that started in 1960 in an effort to destabilize Castro’s regime. The rally happened when Cuba was at its weakest due to the fall of the Soviet Union and the end of the economic alliance between Russia and Cuba. The organizers of the rally, particularly U.S. Attorney General Ramsey Clark, community organizer Teresa Gutierrez, and Reverend Lucius Walker, were at the core of the pro-Cuba lobby in America at the time.