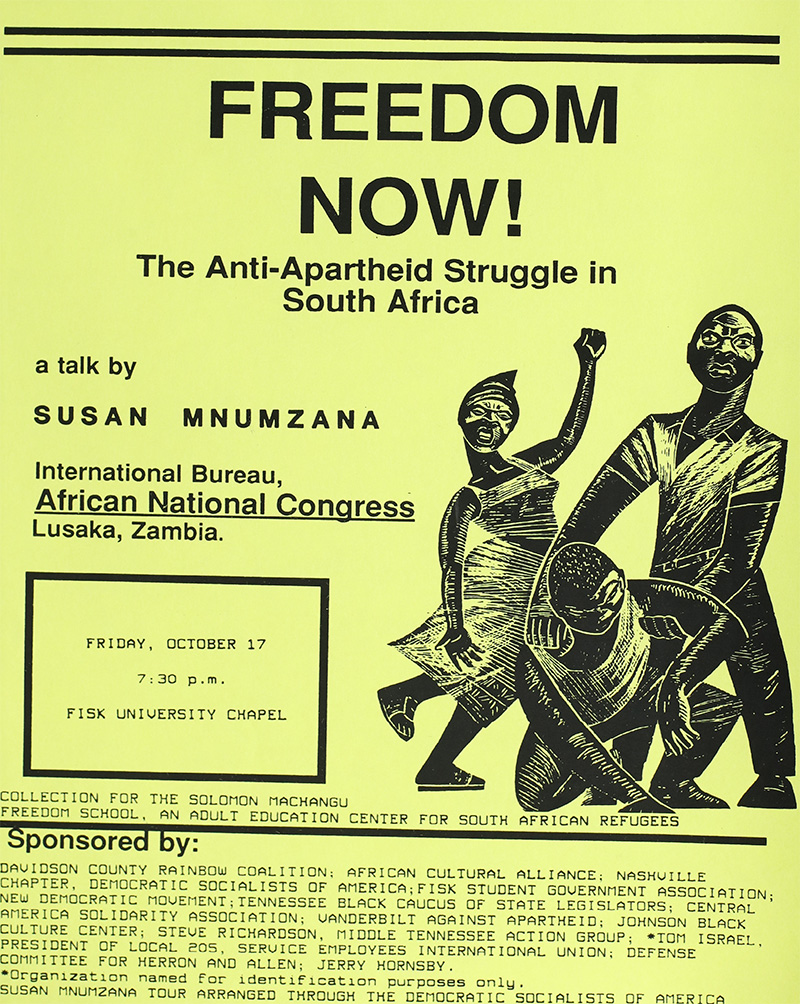 In 1986, Susan Mnumzana, former United Nations observer in South Africa and member of the South African political party “African National Party,” gave a talk at the historically black Fisk University in Nashville as part of a national tour. The anti-Apartheid talk was sponsored by Vanderbilt’s Bishop Johnson Black Cultural Center, which had been dedicated just two years prior. This was not the first time the eyes of South Africa and the United States had been fixed on Nashville: there had also been some attention when Vanderbilt hosted the Davis Cup in 1978. Vanderbilt refused to suspend the then-segregated South African team despite pressure from the NAACP and other organizations. Peter Lamb, a mixed-race South African tennis player and then a sophomore at Vanderbilt, was selected to be a part of the Davis Cup squad though he neither played nor was accepted as a member of the official South African national team.

The image of the woman lifting her fist up and the standing man lifting the fallen man represents both defiance and solidarity. The image was widely circulated throughout the United States on similar posters and flyers promoting Mnumzana’s tour.