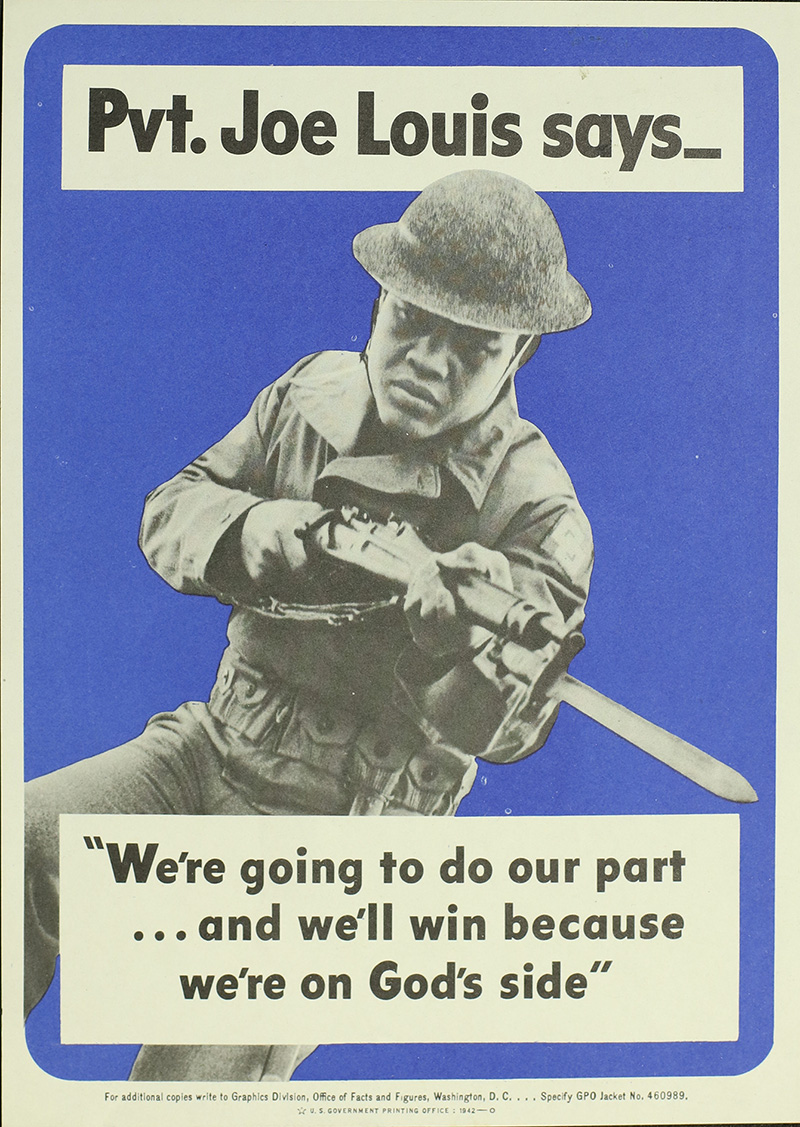 Joe Louis reigned as the world heavyweight champion from 1937 to 1949. He is still widely considered one of the greatest heavyweights of all time. During his reign, Americans hailed him as a symbol of racial unity and the American dream.

In 1942, after enlisting in the army, Louis remarked at a navy charity dinner: “We’re going to do our part . . . and we’ll win because we’re on God’s side.” The remark received a standing ovation, and enthusiastic media coverage made Louis a national hero. It also sparked the creation of this poster by the U.S. Office of War Information (OWI).

Established in 1942 by President Roosevelt, the OWI aimed to merge the state’s other information agencies, reduce public confusion about the war, and promote patriotism and sacrifice for the war effort. Though it primarily achieved these aims through film and photograph distribution, it also created posters such as this one. By implementing a celebrated figure and evoking racial pride, this poster aimed to encourage African American enlistment in the army.