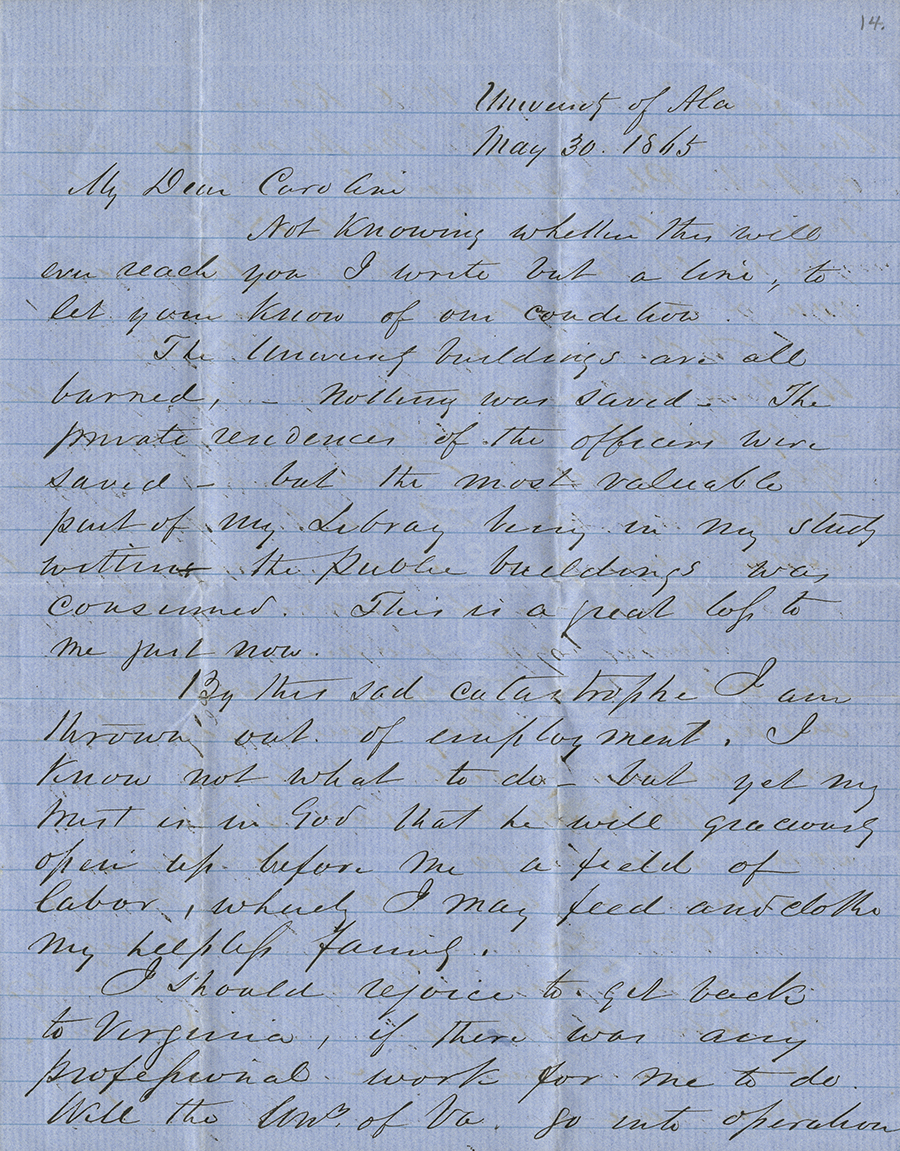 In a letter to his sister Caroline, the future Chancellor laments the loss of his volumes and position as President of the University of Alabama. As Union troops advanced on the South, Garland was preparing one last Confederate stand with his pupils. Their show of bravado earned them the university’s destruction at the hands of Federal forces that had initially bypassed the small state school – the University of Alabama was razed to the ground and Garland’s books relinquished to the flames. Following the war, Garland’s placement of immense value on items of academic interest would be reflected in his dedication to procuring Vanderbilt’s vast instrument collection. 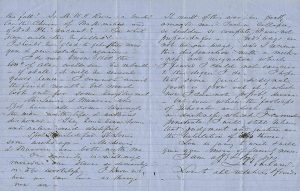 Letter from Chancellor Landon C. Garland to his sister Caroline, May 1865