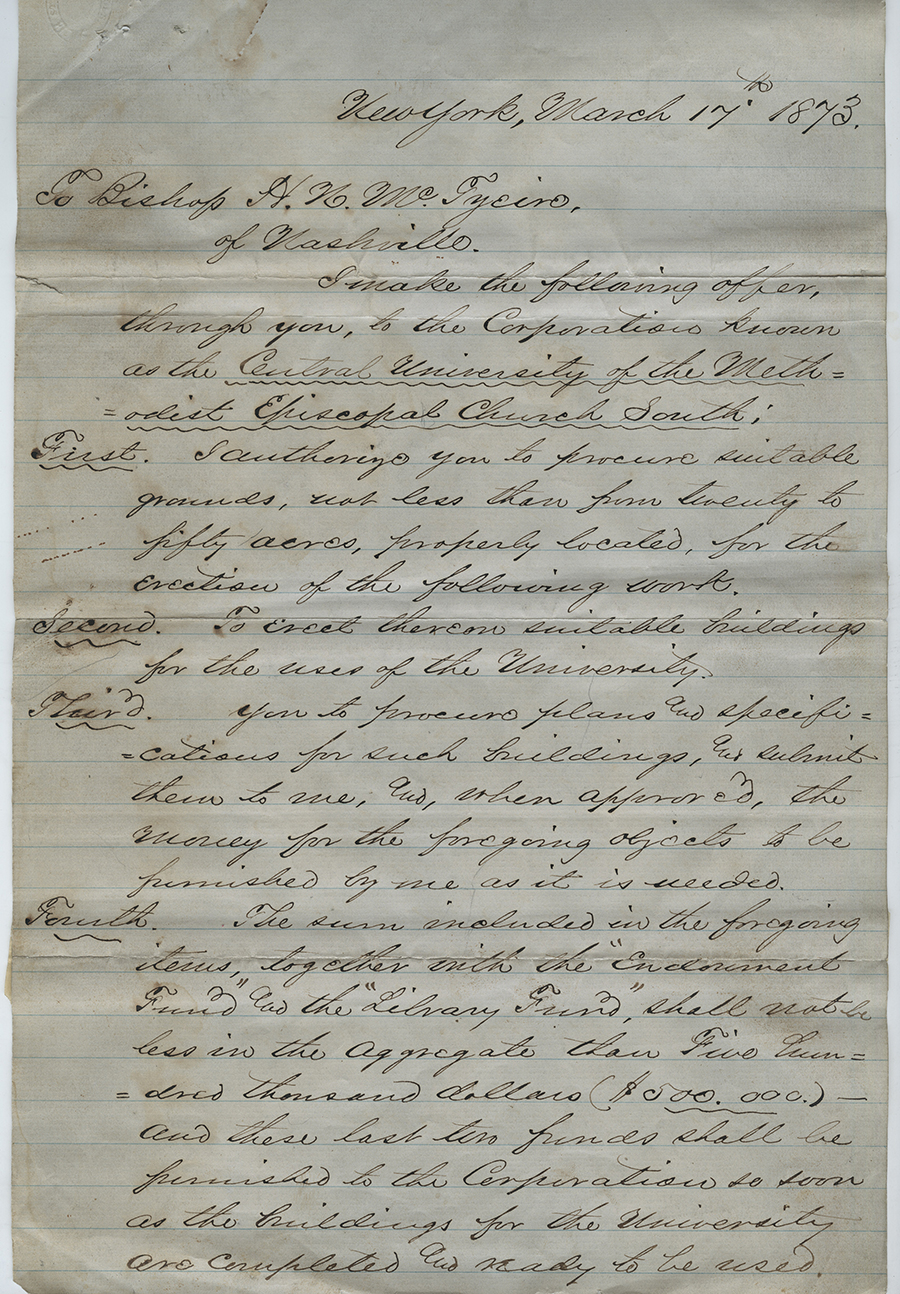 This letter represents the culmination of the familial and religious connections between Amelia and Frank. In it, the Commodore makes his offer to McTyeire to endow the Central University of the Methodist Episcopal Church, South (later renamed Vanderbilt University). The letter, dated March 17, 1873, came on the heels of McTyeire’s extended convalescence in Vanderbilt’s Manhattan mansion—a living arrangement facilitated by Frank’s connection to Amelia and one which presented McTyeire with the crucial opportunity to describe his university plans to the Commodore.