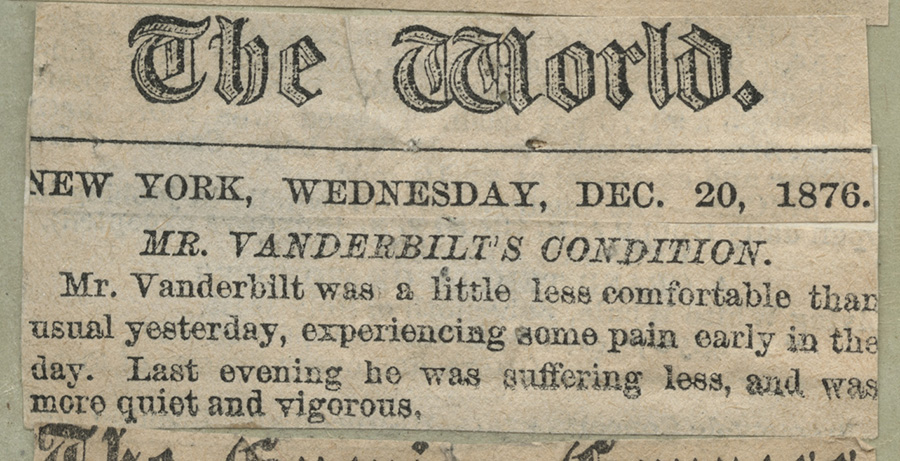 During her husband’s last illness, Frank Crawford Amstrong Vanderbilt devoted herself to his care and to collecting the widespread coverage of his health in the press. Newspaper editors published stories in the New York dailies and across the United States updating Vanderbilt’s health daily in detail. Each story Frank added to the scrapbook shared a thread–representing Cornelius Vanderbilt as a resilient patient.  “Commodore Vanderbilt was somewhat weaker yesterday than he has been during the past week. He does not complain of suffering any great pain.”  is one example of such reporting.