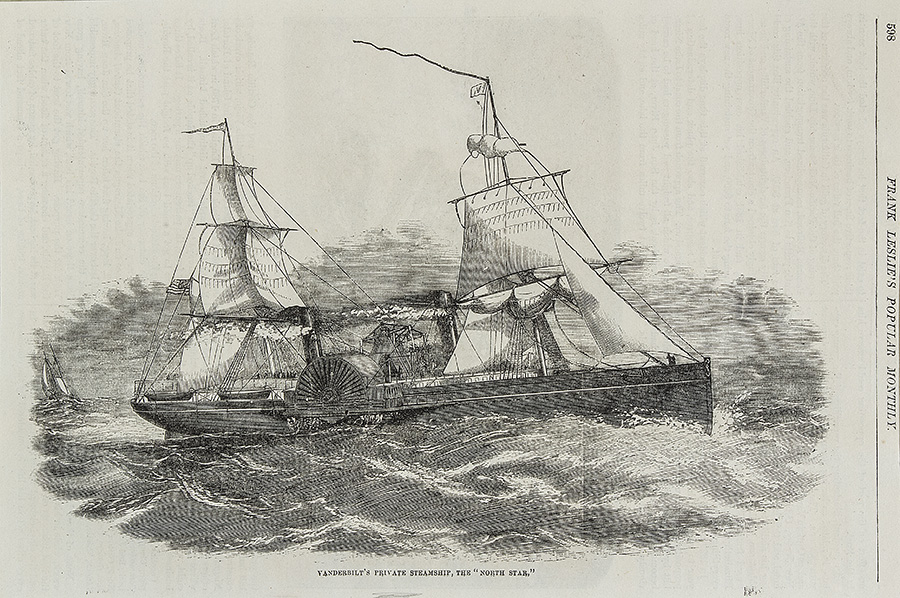 The North Star was the name of 252-foot steamship launched for the Vanderbilt’s family’s first Grand Tour of Europe in 1852.  By 1852, Vanderbilt was already invested in railroads, though steamships remained significant symbols of the start of his career. Earlier in his life, Cornelius Vanderbilt dominated the passenger steamboat service from Staten Island to New York. A part of his success as a steamboat entrepreneur came from the his family networks. Vanderbilt’s eldest sister, Charlotte, married to John De Forest, the commander of Nautilius steamboat between New York and Staten Island, which started the business relationship between the two men.