“Didn’t Quite Measure Up” 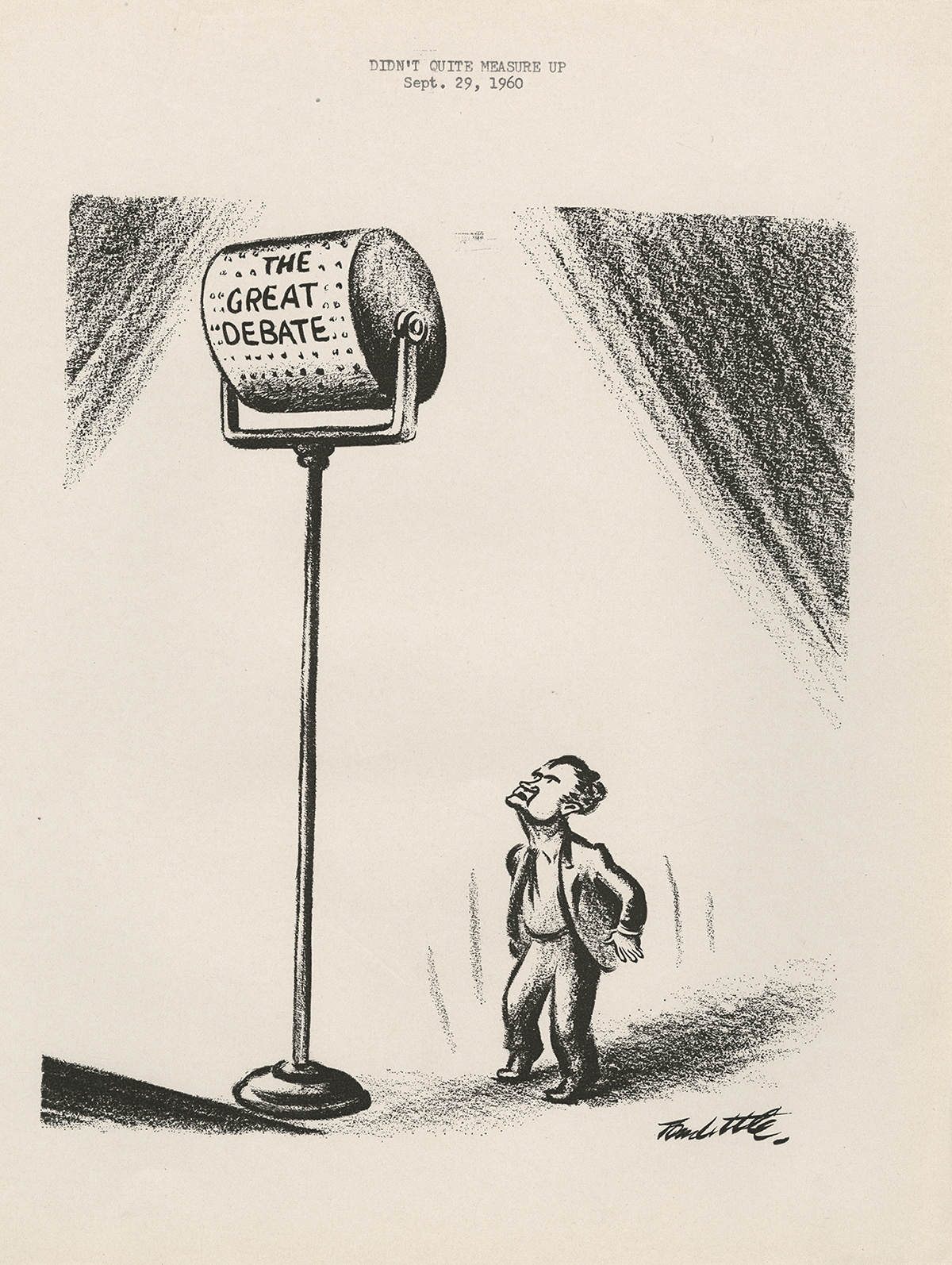 This cartoon was created three days after the first televised debate in which a sickly Nixon failed drastically at measuring up to the task at hand. Broadcast debates would become his biggest enemy and cause his downfall in the 1960 election against the charismatic JFK.

“Nixon Runs Ahead” »
« Messages of Gen. Andrew Jackson: with a short sketch of his life