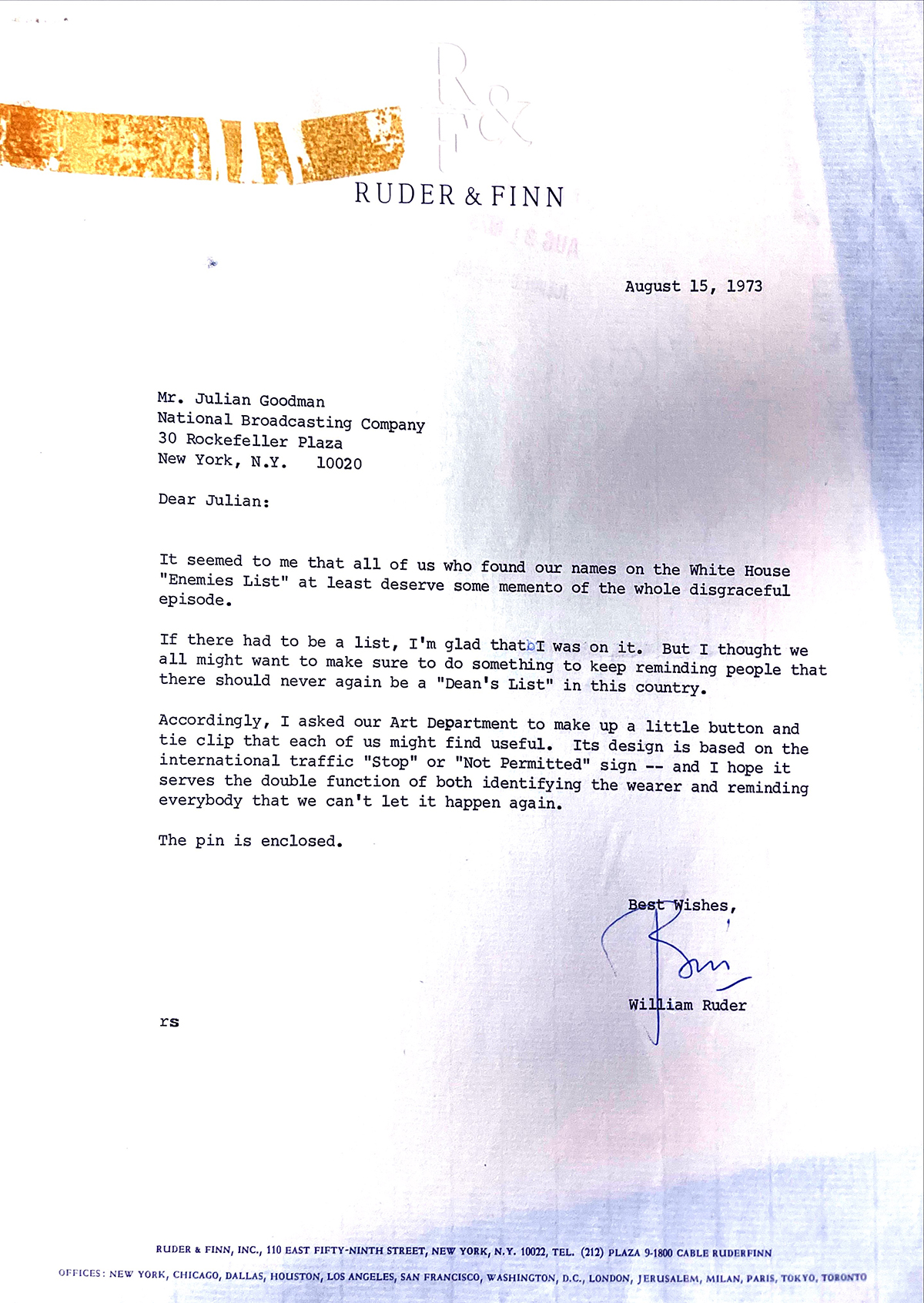 American public relations executive William Ruder wrote to Julian Goodman shortly after the August 8, 1973 resignation of President Nixon, reflecting upon the existence and nature of former President Nixon’s “list of enemies” – which both he and Goodman were proud to be part of.