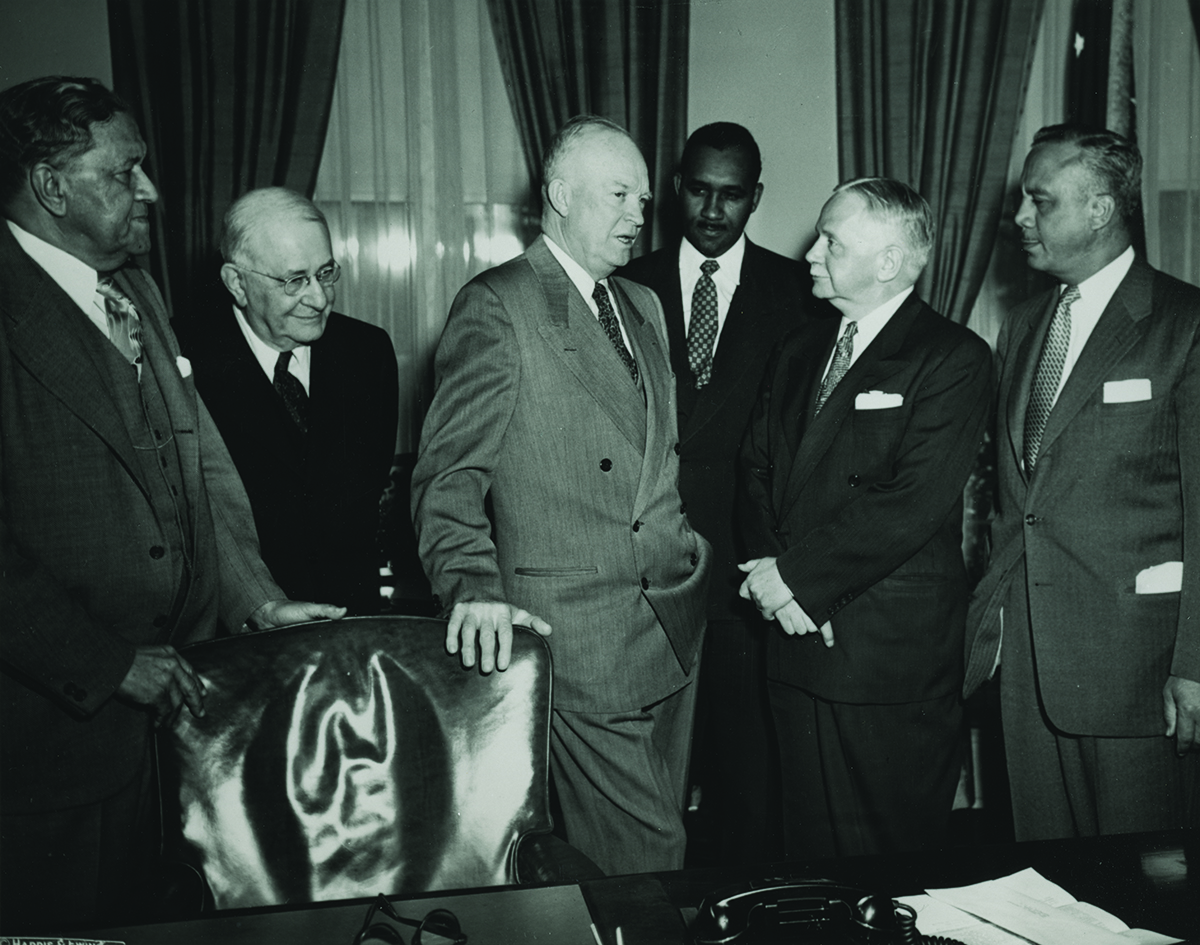 President Eisenhower met with Walter White (right), NAACP Executive Secretary from 1929 until 1955, and Clarence Mitchell (center), NAACP Chief Lobbyist for almost 30 years, alongside other NAACP officials at the White House in January 1954. Under Eisenhower, the Civil Rights Act of 1957 was passed and Brown v. Board of Education determined that schools must be desegregated.