President Nixon in “A Conversation with the President” 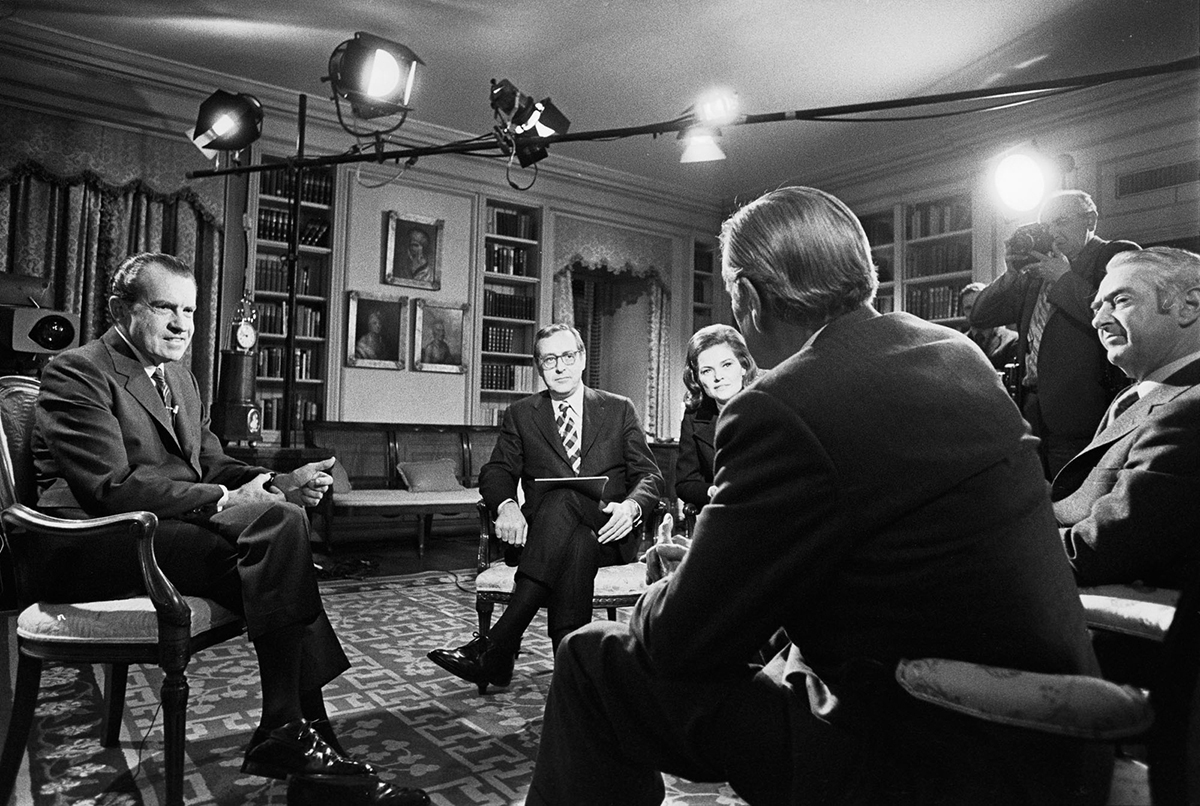 [DRAFT] In this photograph, President Richard Nixon is engaged in an interview at the White House with John Chancellor, Eric Sevareid, Howard K. Smith, and Nancy Dickerson for a television special called “A Conversation with the President.”

Anton Kozyrev, Curator »
« Article on the presidency in The New Yorker