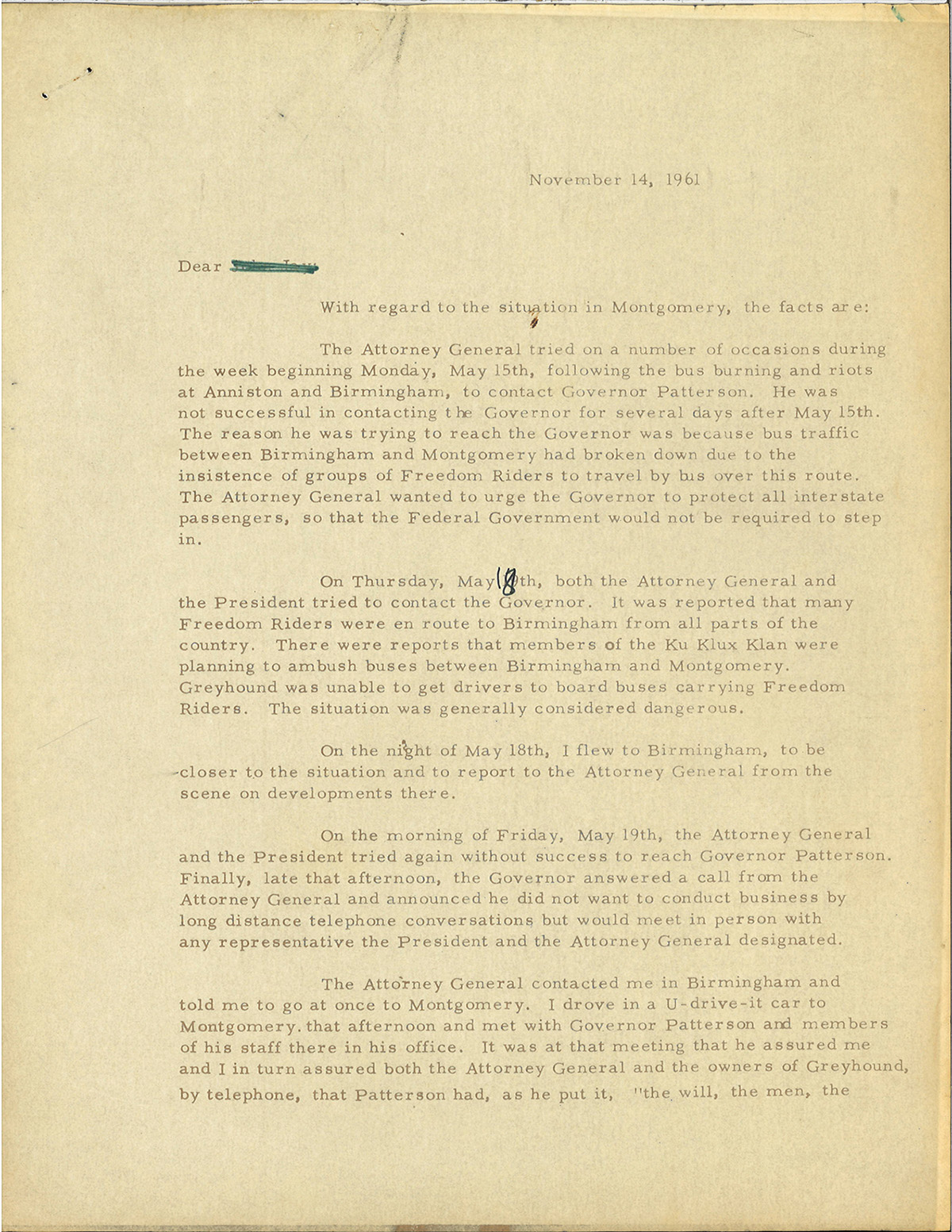 John Seigenthaler was beaten and knocked unconscious by a white mob while attempting to shield a freedom rider from harassment in 1961. The first page of his account of the attack mentions President Kennedy did not want to have to bring in federal authorities to protect bus riders. His appeal to state government and law enforcement for protection went unheard.