TIME Review of The Truman Presidency by Cabell Phillips 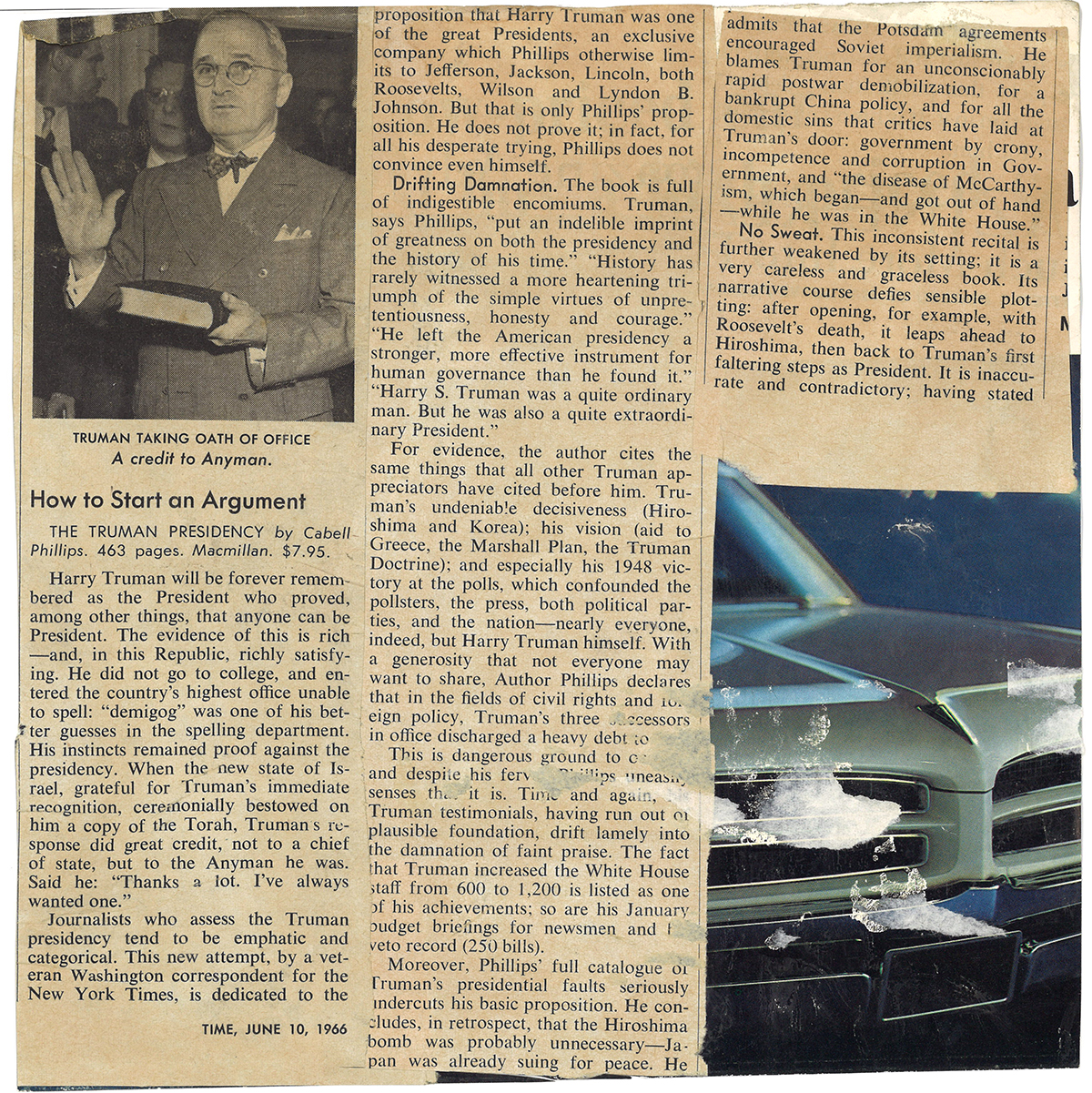 This 1966 review of a comprehensive book on Harry S Truman written by the author Cabell Phillips called The Truman Presidency provided a critical insight as to the manner in which Truman and his post-war legacy were viewed long after he had departed office.