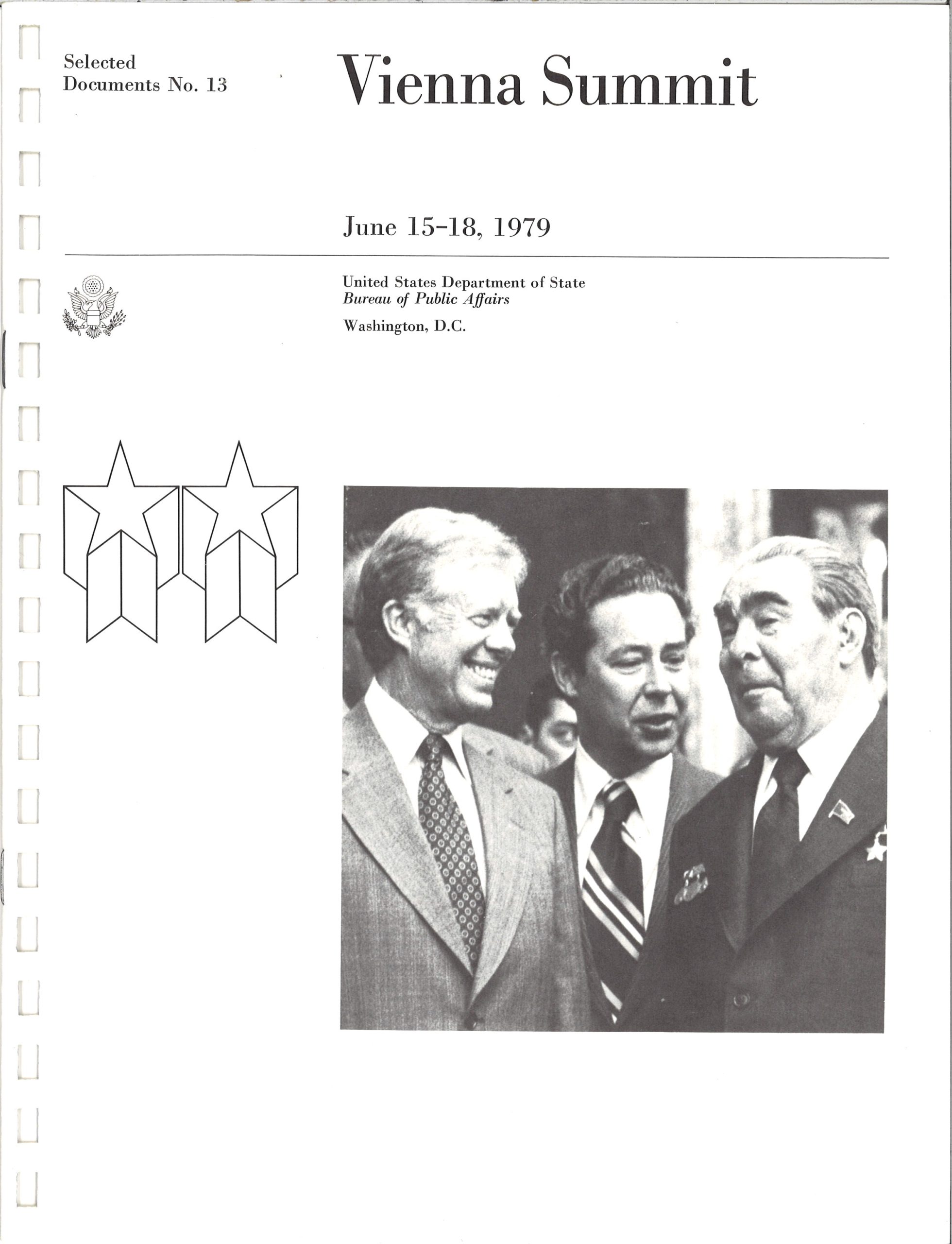 It is the cover of a report by United States Department of State, Bureau of Public Affairs on the Vienna Summit of 1979. The cover presents a photograph of President Jimmy Carter while attending the summit. At the summit, President Carter and Soviet leader Leonid Brezhnev signed Salt II, the first arms-reduction treaty between the two superpowers, marking an important step toward international arms control.

Invitation: To Celebrate the Establishment of Diplomatic Relations between the People’s Republic of China and the United States of America »
« Photographic Portfolio from Public Papers of the Presidents: Jimmy Carter