The period spanning the early 1950s to late 1960s can be characterized by the growing Civil Rights movement, in which Black Americans and their allies rallied for the end of racial discrimination, segregation, and disenfranchisement. Second-wave feminism gained traction during this time as well and though the Equal Rights Amendment was passed by the Senate in 1972, its ratification continues to be legally challenged today. The Civil Rights and women’s rights movements mobilized students across the nation. Intersections of Black Americans, women, and young peopleboth employed physical means of rebellion against the state andcoordinated incredible campaigns that led to legislation and policy change, including many petitions and appeals to the President. 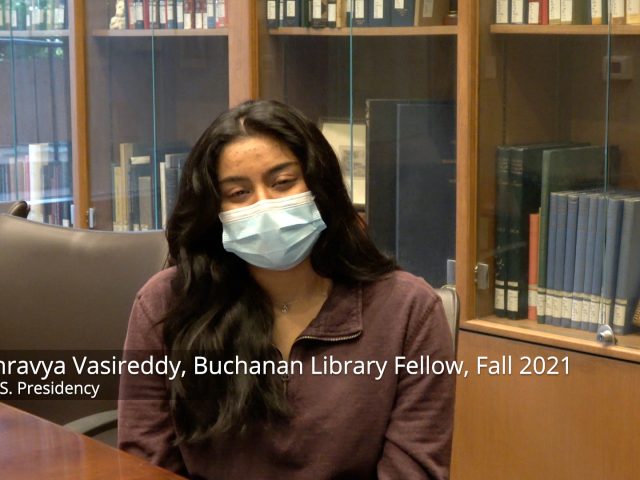 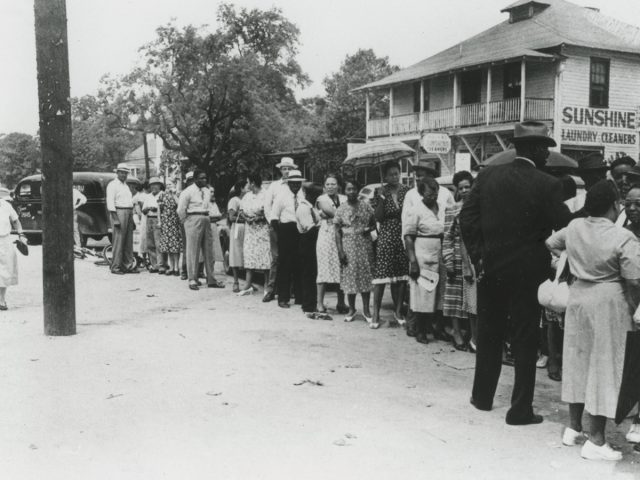 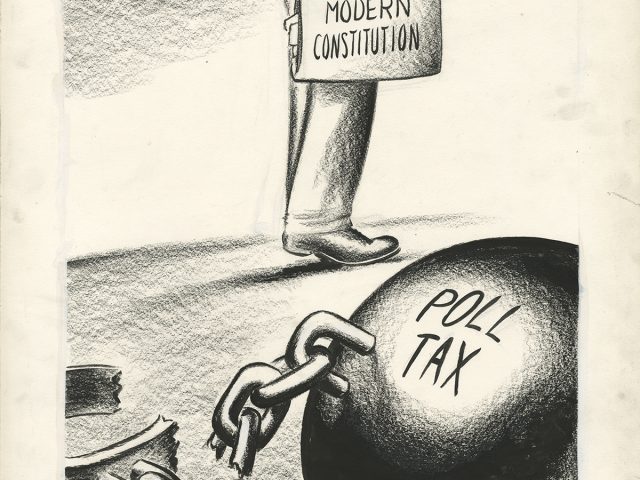 [Cartoon about abolishment of the Poll Tax in Tennessee] 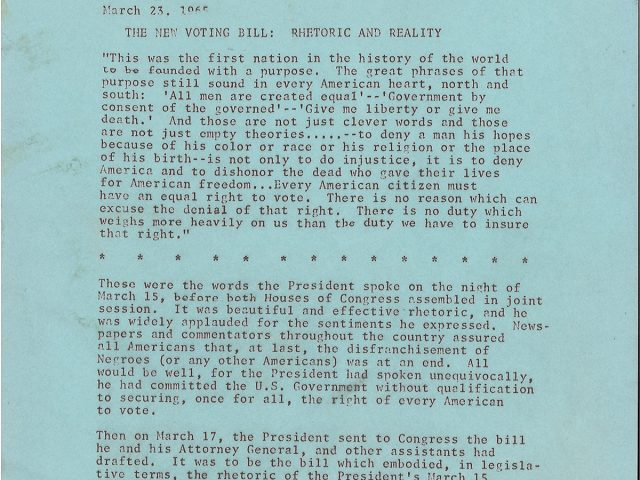 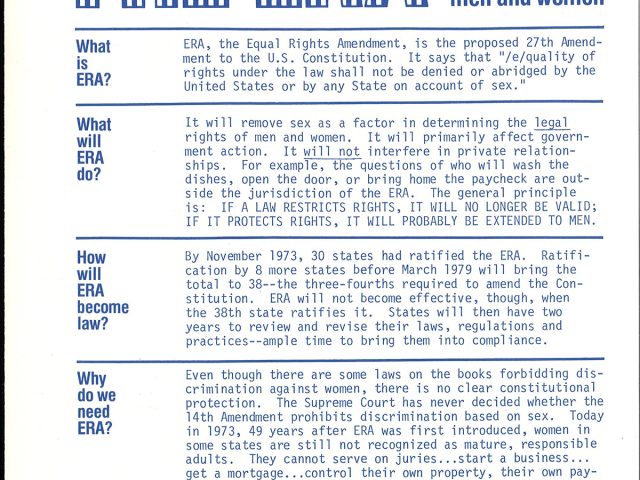 “The ERA: What It Means to Men and Women”

Pamphlet, 1973League of Women Voters of the United...

One Man X One Vote 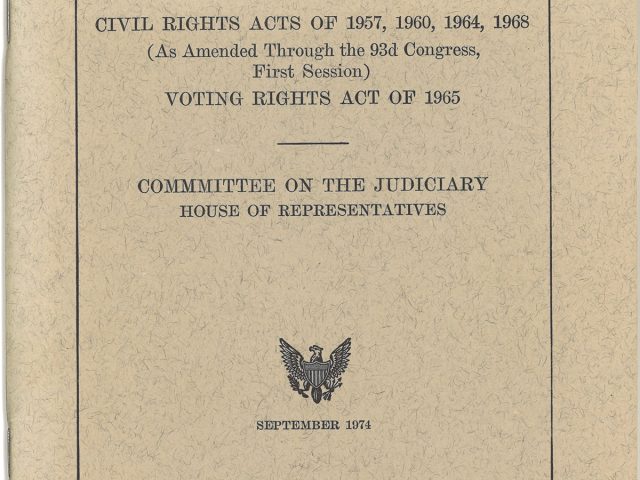 Government Document, 1974Committee on the Judiciary, House of...