Tennessee; and the Duty of her Educated Sons: An Address Delivered before The Alumni Society of the University of Nashville 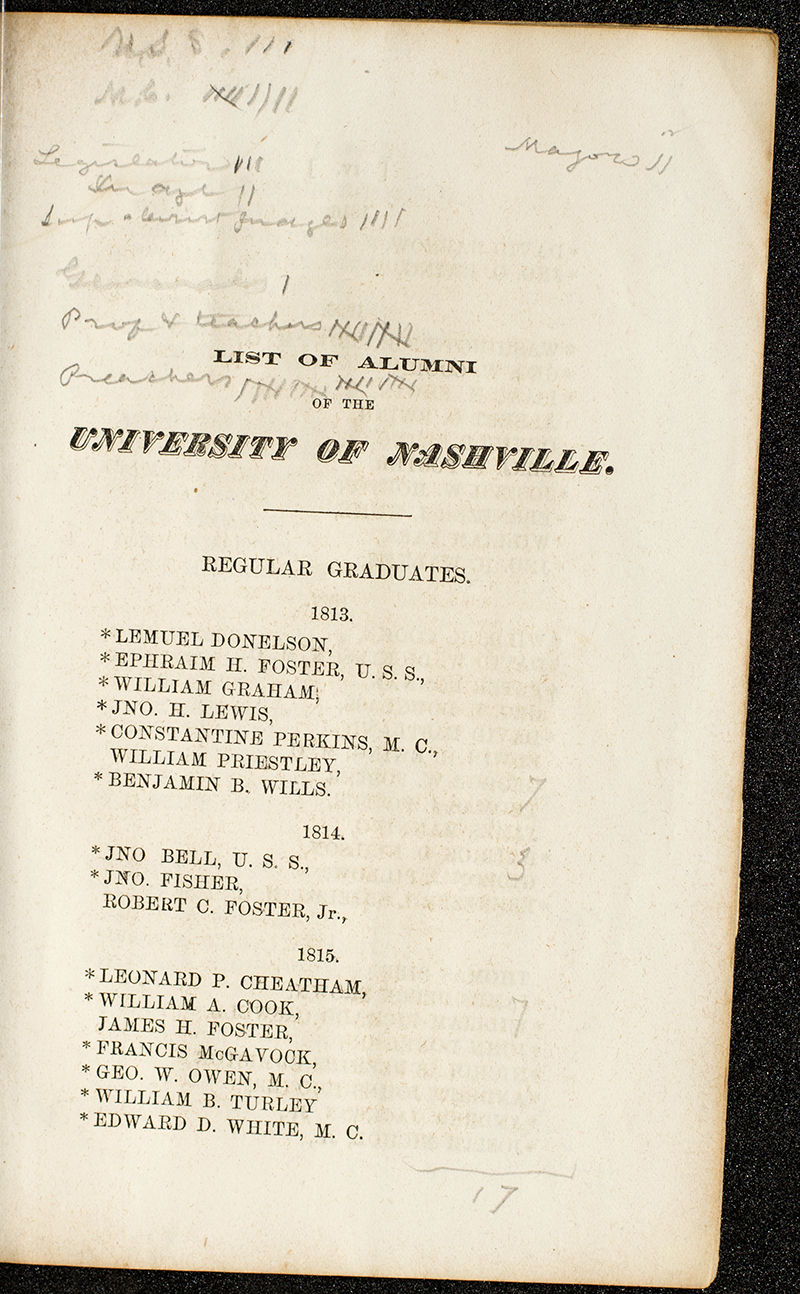 William Henry Stephens (1816-1887), the author of this pamphlet, is in many ways typical of the graduates of the University of Nashville. Stephens worked as a school teacher in Hardeman County, Tennessee, to raise enough money to attend school. Stephens entered the University of Nashville in 1835 as a junior and graduated in 1836, going on to study law in Jackson, Tennessee. In 1861, he served as a delegate to the Peace Conference in Washington, D.C., and later became a colonel for the Sixth Tennessee Infantry Regiment in the Confederate Army, participating in the Battle of Shiloh in April 1862. After the Civil War, the family moved to Memphis, where Stephens was elected as a delegate to the Constitutional Convention of 1870 after voting restrictions for former Confederates were lifted. In this 1871 address to the Alumni Society of the University of Nashville, Stephens encourages his fellow alumni to support the school and the state as they rebuild from the destructive effects of the war. His pride for his Alma mater is echoed by the pamphlet’s owner in the penciled marginalia of the appended alumni list, counting the number of civic leaders among the group.

« [Distinguished Excellence Medal to Wickliffe Rose of the Middle Class in the Normal College at Nashville, Tenn]