“University of Nashville Editors of The Cadet” 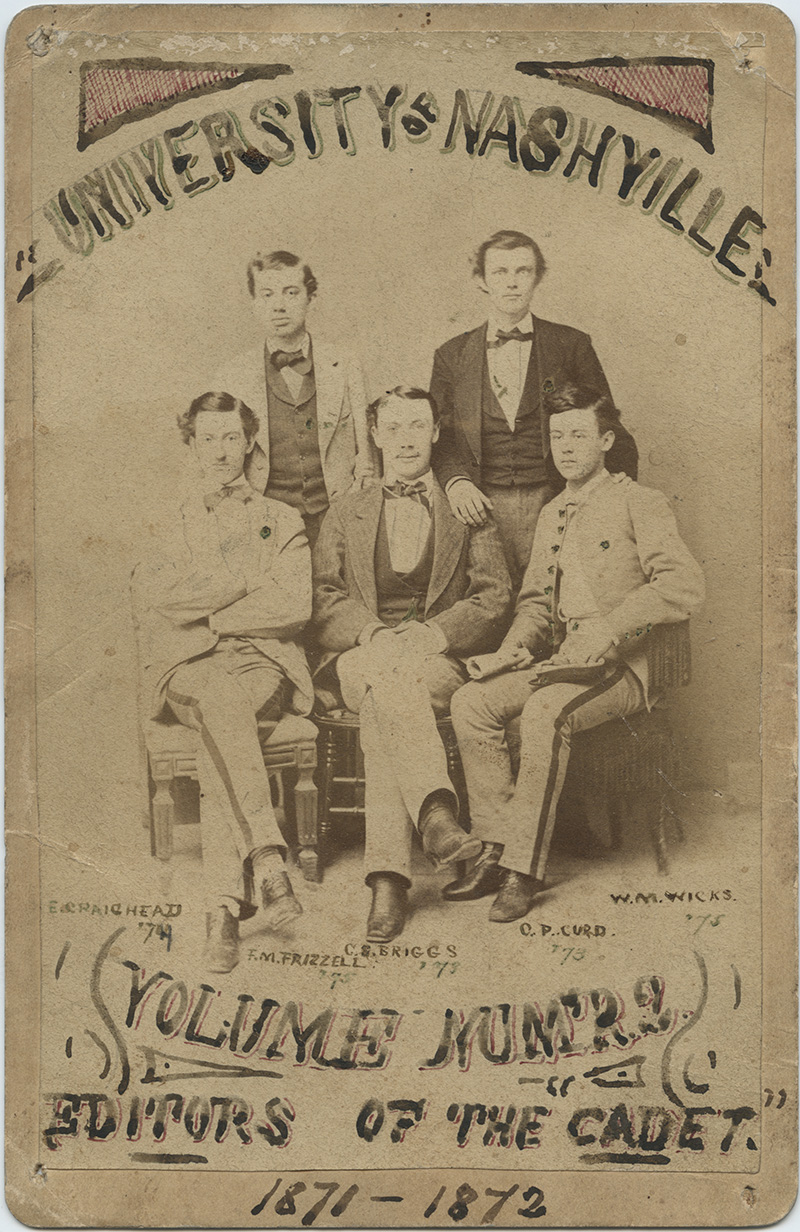 The Cadet, a student-run magazine from the University of Nashville, was established by three students (Charles P. Curd, Erwin Craighead, and Callum H. Brown) in 1871 in conjunction with the Agatheridan Literary Society. Literary societies were popular at 19th century educational institutions. Students met, often weekly, to present on current and academic topics; dues and fines went toward the purchase of member libraries. In a period when books were scarce and school libraries typically opened for one hour per week, access to books was prized. The Agatheridan Society elected two editors (Edmund Cooper Jr. and Christian S. Pierce) in this first year of the publication, and would elect all future editors. Two hundred copies of the magazine were published by Charles LeRoi (a Nashville printer whose other known work from that year was the State Proceedings of the Colored Citizens of Tennessee) with a yearly subscription of $40. Erwin Craighead (1852-1932), became a nationally recognized editor for Alabama’s Mobile Register, whose progressive articles were praised by The New York Times.