A Shift in Social Standards Student life in antebellum Nashville often conflicted with what the faculty desired. A typical college day consisted of a tight, regimented schedule with little time for leisure; this was intended to keep the boys out of any potential trouble. However, social norms shifted after the war, and more adolescents, including women, attended college. Students were no longer constantly scrutinized by the faculty but rather had freedom to pursue recreation, relationships, and athletics during their transition into adulthood. 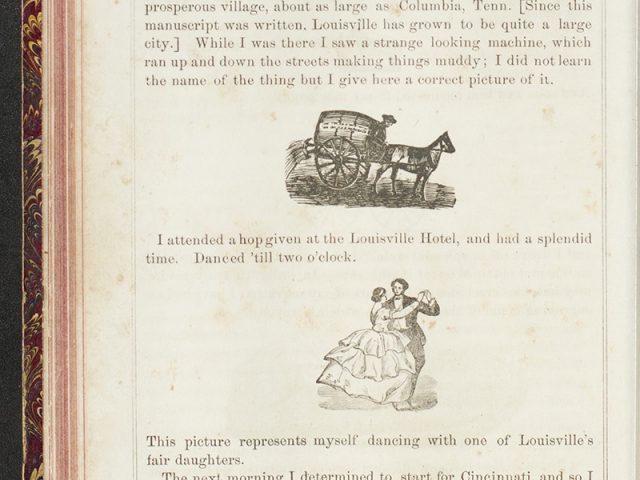 The Cadet: A Monthly Magazine Published at the University of Nashville (vol 1) 1871

The Cadet was a student-run magazine from the University of... 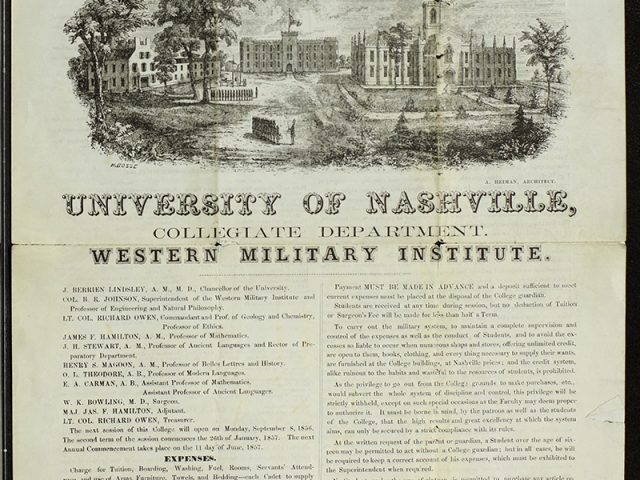 The Western Military Institute was an integral component of the...

Education in Tennessee evolved as a segregated system. Davidson... 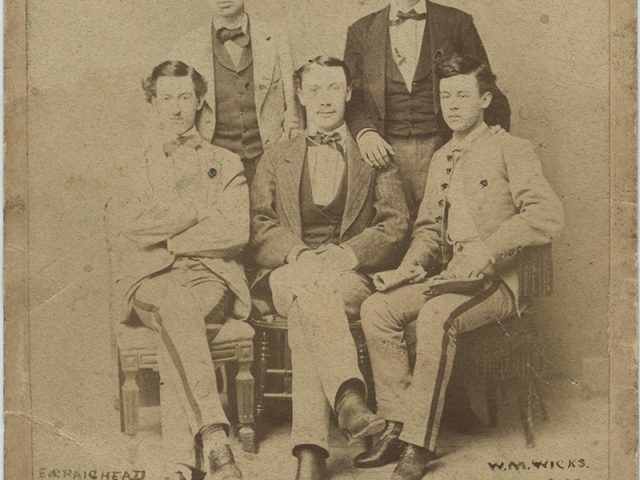 “University of Nashville Editors of The Cadet”

The Cadet, a student-run magazine from the University of...