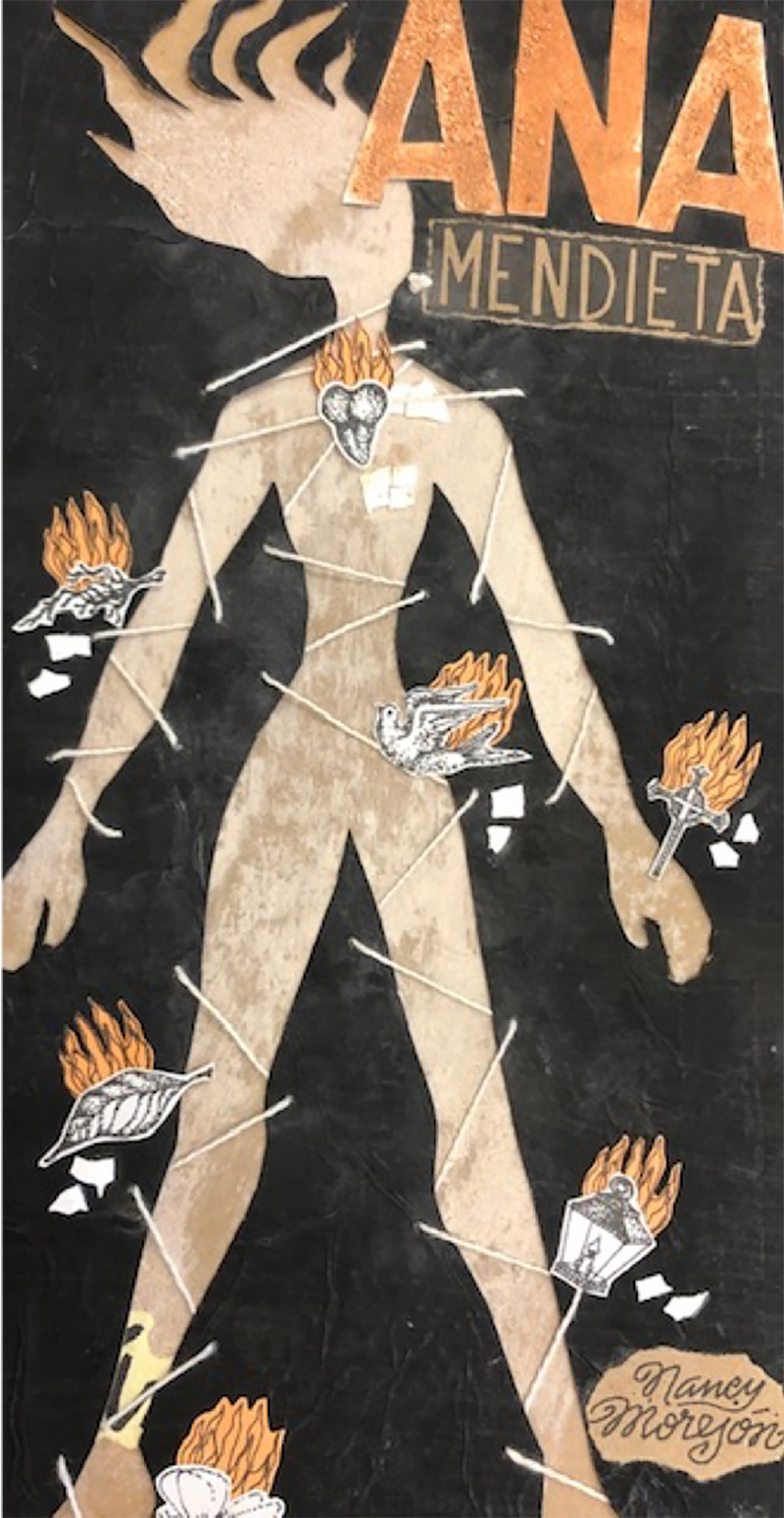 Ana Mendieta was sent by her parents to the US in 1961 at the age of 12 as part of Operation Peter Pan. Initially, she lived in a refugee camp and orphanages in Iowa. She later studied art at the University of Iowa and eventually her art was exhibited internationally. She was a performance artist, sculptor, filmmaker, and was known for her “earth-body” artwork. Mendieta died tragically at a young age. Her artwork focused on issues of identity, diaspora, and displacement. The author, Nancy Morejón, recounts her fragile life. 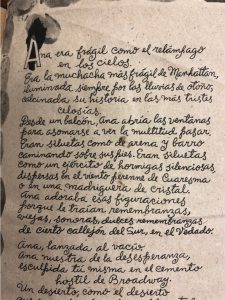 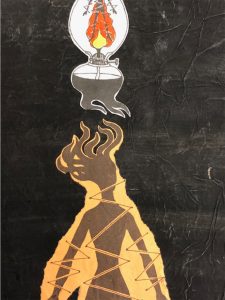 From the beginning Vigía used a symbol of the oil lamp on all of their books, as a sort of trademark, perhaps because of their location on Watchtower Square (Plaza de la Vigía). Estévez, the artist-in-charge, recounts that the oil lamp became especially significant during the “special period” of the ‘90s, a time of many blackouts. when Cubans were using kerosene lamps to light their homes and guide their way. It can be viewed also as a source of inspiration, having brought to light many artists and authors of the island. In this vividly illustrated book Mendieta is encapsulated within Vigia’s trademark symbol, the oil lamp. 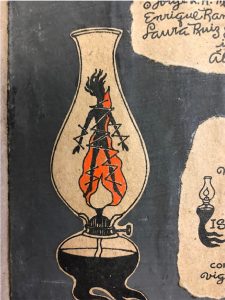