Cuban sale of slaves, 1871 [Sale of Slaves between Brooks and Company and Marcelina Barthe Lescaille] 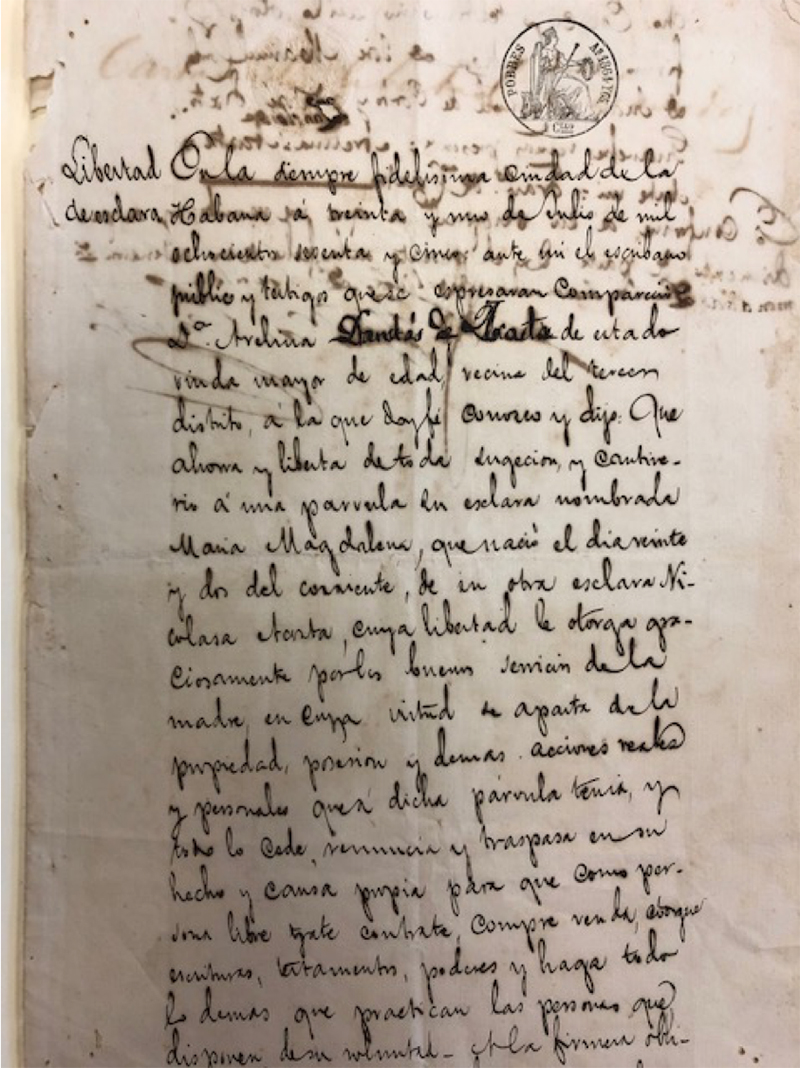 The manuscript documents the sale of Cuban slaves at a relatively late period in Cuban slavery (1871). It records the name, age, and price of each slave, including a young woman and her daughter, Clara, age four. The contract indicates that the sellers are no longer liable for future issues or illnesses which are now the responsibility of the new owner. Cuba was one of the latest to abolish slavery (1886).