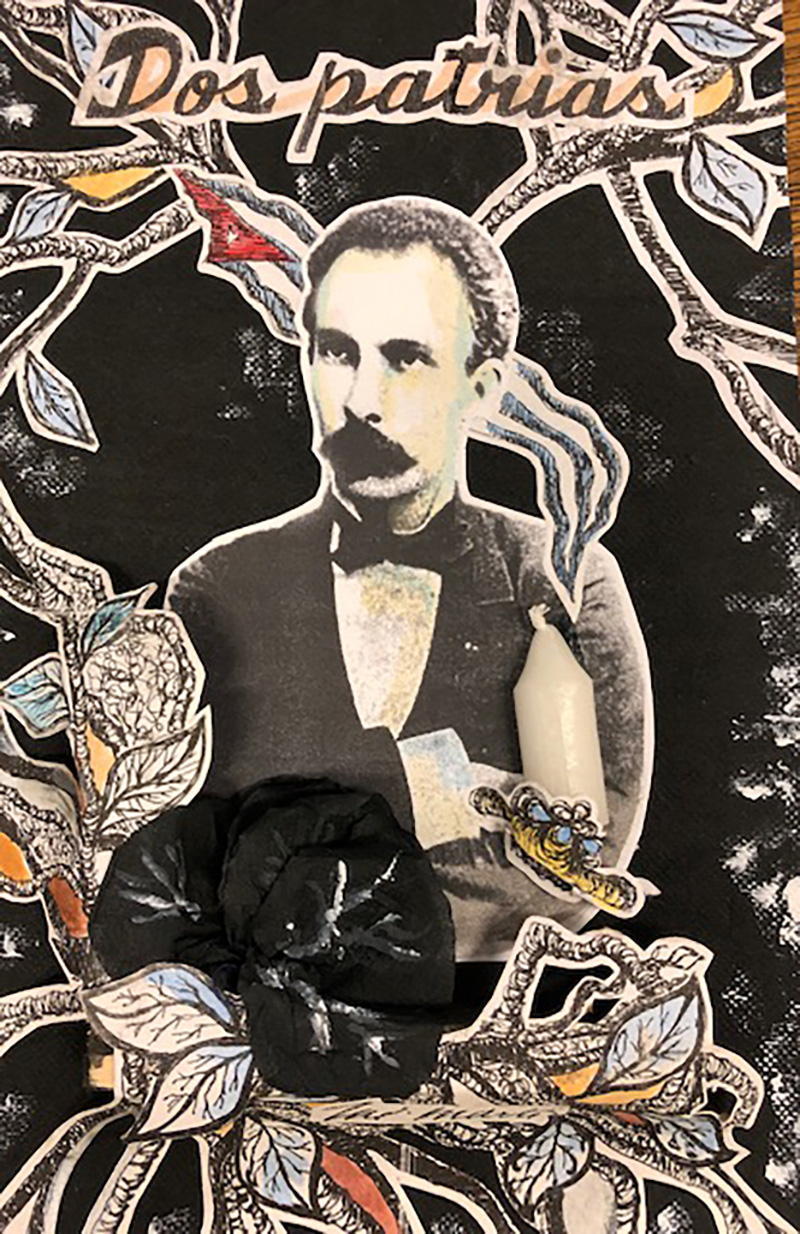 This work depicts José Martí’s travels abroad to promote the cause of Cuban independence. The book includes both poems and letters to his mother.

In his famous poem, Dos patrias, he describes his sense that he has two homelands: Cuba and the night. Does he refer to being “home” as opposed to abroad, his fears that independence will fail, or his deportation to Spain in 1871? The artist includes a wax candle on the book’s cover, being carried by Martí. 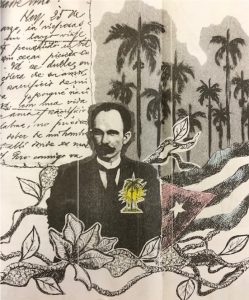 Below, the artist uses the tobacco leaf for the inside covers and a picture of a cigar making factory. Tampa imported Cuban tobacco for its cigar making factories and Cuban worked in Tampa making hand rolled cigars. Cuban poet José Martí was a compelling advocate for Cuba’s independence from Spain and frequently visited the US to garner support for the cause. His speeches were read in Tampa’s cigar factories and Cuban cigar workers contributed a portion of their wages to the cause of Cuban independence. Tampa played a significant in Cuba’s obtaining independence. 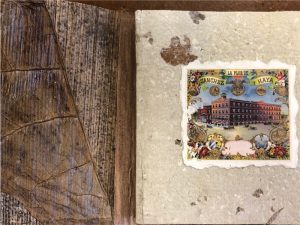