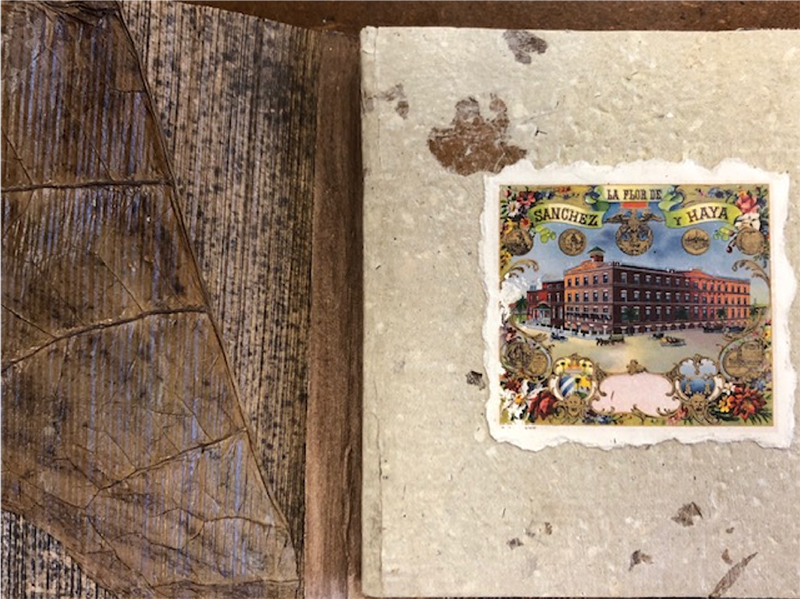 The artist uses the tobacco leaf for the inside covers and a picture of a cigar making factory. Tampa imported Cuban tobacco for its cigar making factories and Cuban workers rolled this into handmade cigars.  Cuban poet Jose Martí was a compelling advocate for Cuba’s independence from Spain and  frequently visited the US to garner support for the cause. His speeches were read in Tampa’s cigar factories and Cuban cigar workers contributed a portion of their wages to the cause of Cuban independence. Tampa’s role was significant in Cuba’s success in this cause.