“Waltzing Mouse” from The Fantod Pack 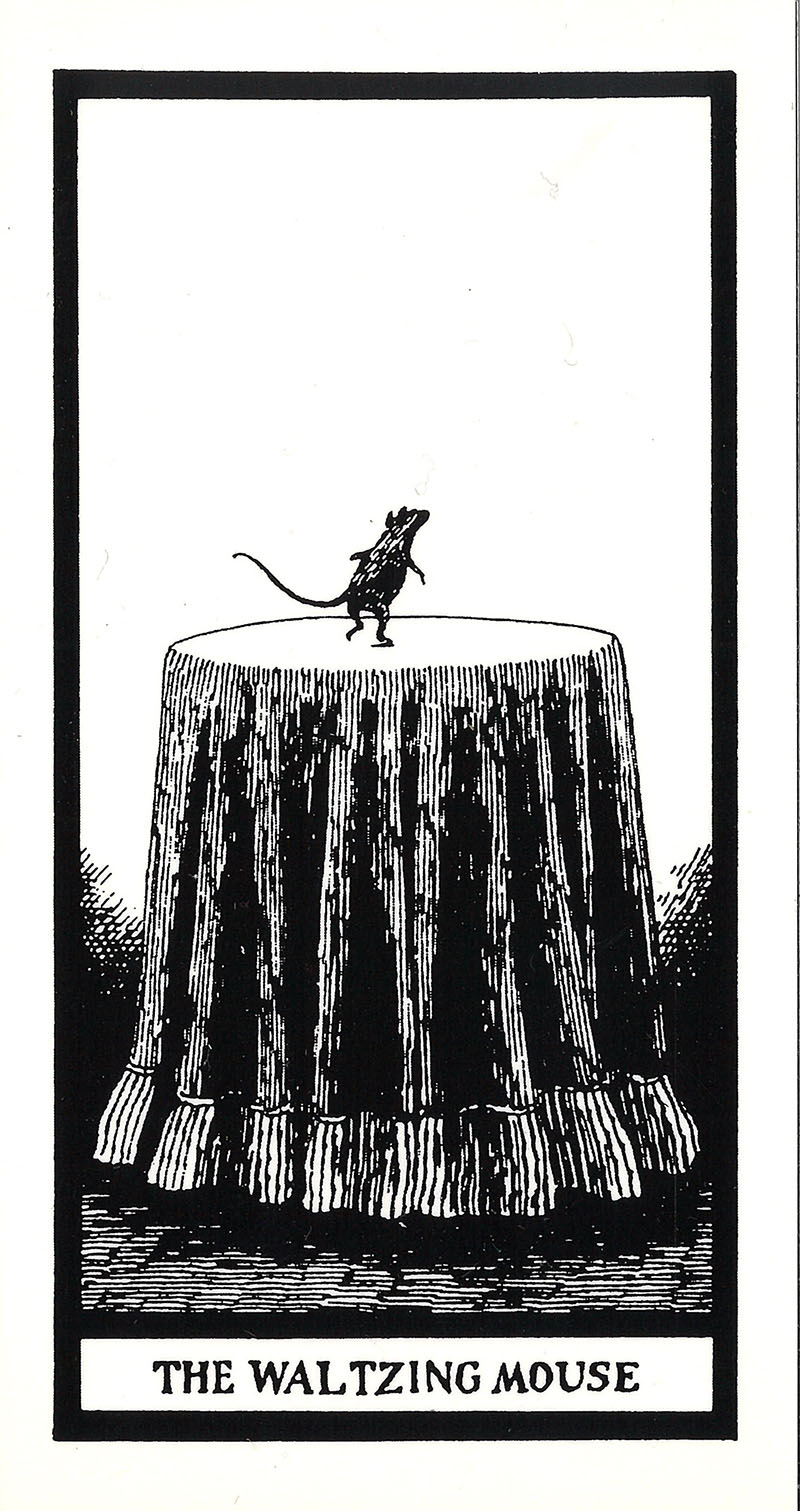 In 1969, Edward Gorey released a set of tarot cards called “The Fantod Pack” containing a small set of cards to be used for divination.  To make sure that card selection was random, the instructions advised users to stand in the dark, toss the deck over one shoulder, and to pick up five cards before turning on the lights to see what they were.  The guidelines for interpreting the cards were written by “Madame Groeda Weyrd,” an anagram for “Edward Gorey.”