The News as It Happened 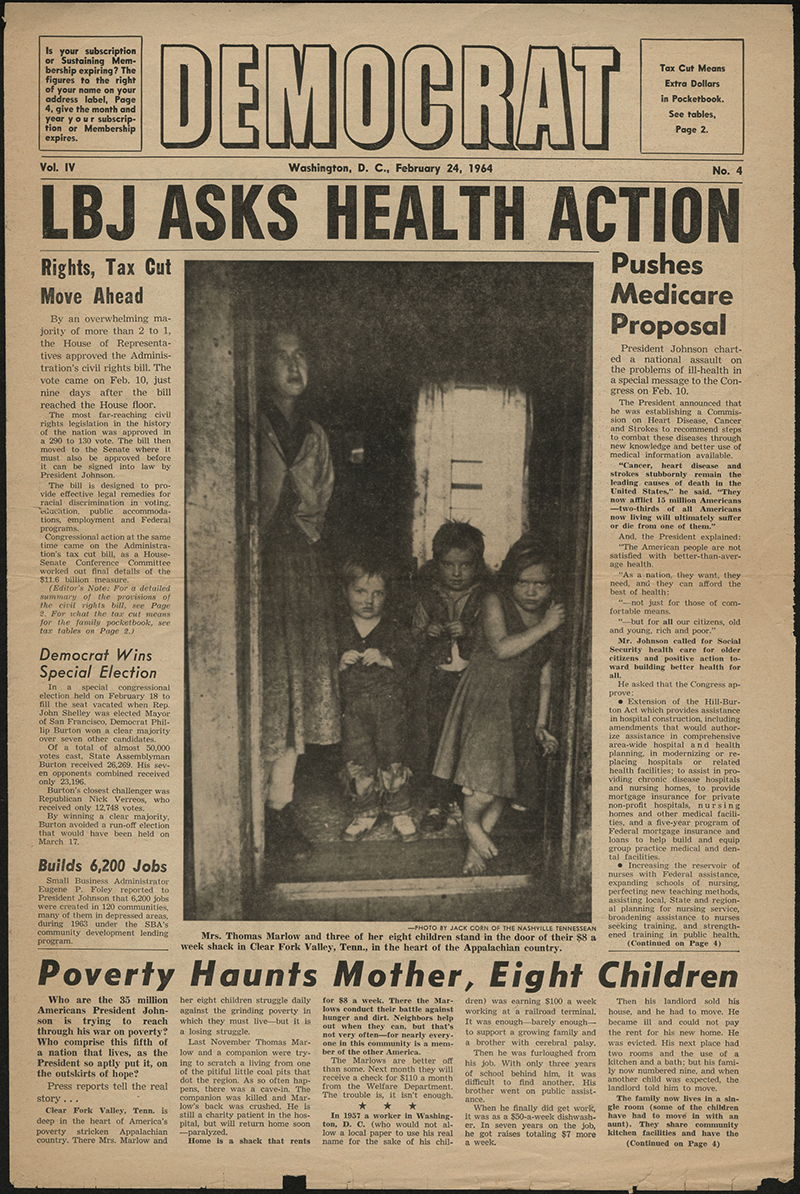 Jack Corn’s photography appeared on the front page of The Democrat’s February 24, 1964, issue out of Washington D.C. The photograph accompanies a headline that reads “Poverty Haunts Mother, Eight Children,” and depicts a family living in Clear Fork Valley, TN in a shack with an income of roughly $8 a week. President Lyndon B. Johnson used this image for his War on Poverty campaign.