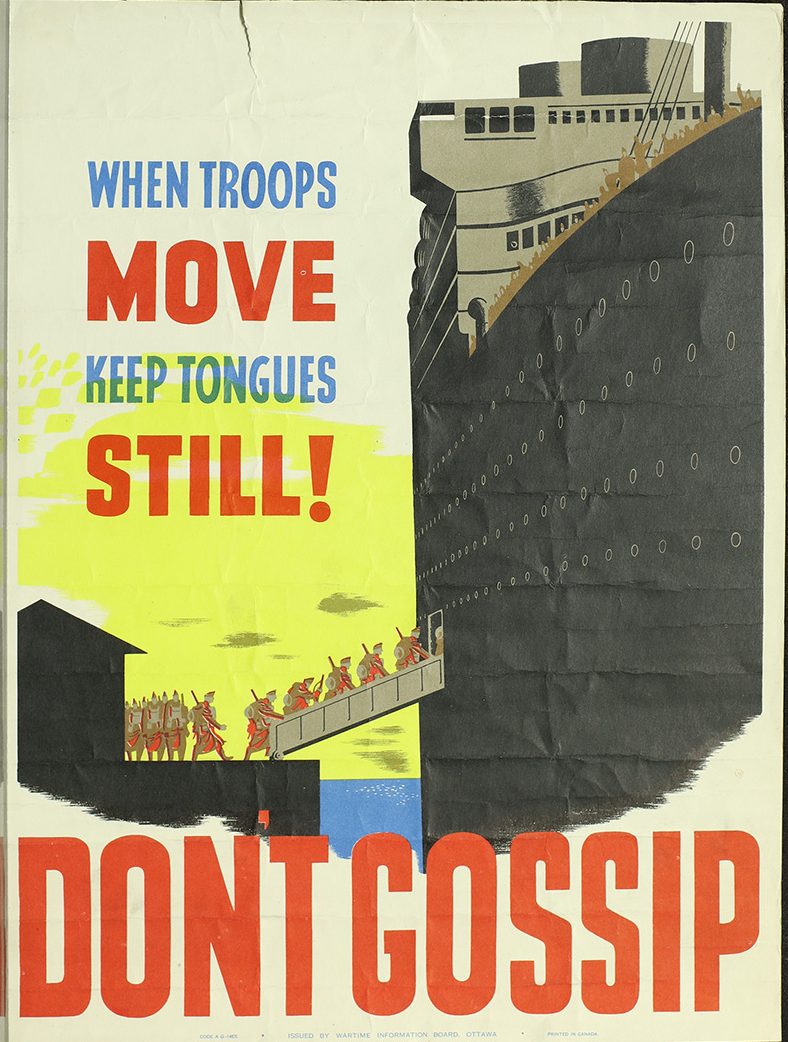 Created by Canada’s Wartime Information Board in 1942, this poster depicts troops filing into a naval ship. The ship’s immense size, especially compared to the individual soldiers, underscores the gravity of the war. Below the depiction is a bolded, all-caps red caption that urges people not to gossip.

Wary of eavesdropping spies, the government urged its citizens not to talk about sensitive war information or military campaigns. However, such “careless talk” propaganda served another role. By discouraging people from openly discussing the war, the Board sought to further control public perception and prevent criticism of the war.