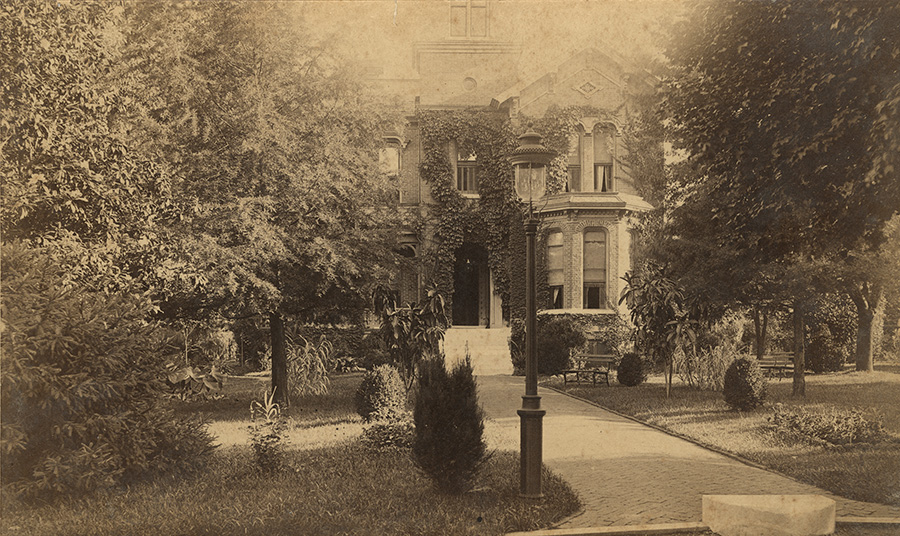 Faculty residences were some of the first buildings erected on Vanderbilt’s campus. This photograph depicts Bishop McTyeire’s home. While Cornelius Vanderbilt approved the designs and costs for all faculty residences, he offered specific stipulations for the McTyeires’ home. These instructions originated from Frank, speaking to the way that Frank and Amelia’s relationship informed the interactions between their husbands.