Duties of Christian Masters to their Servants 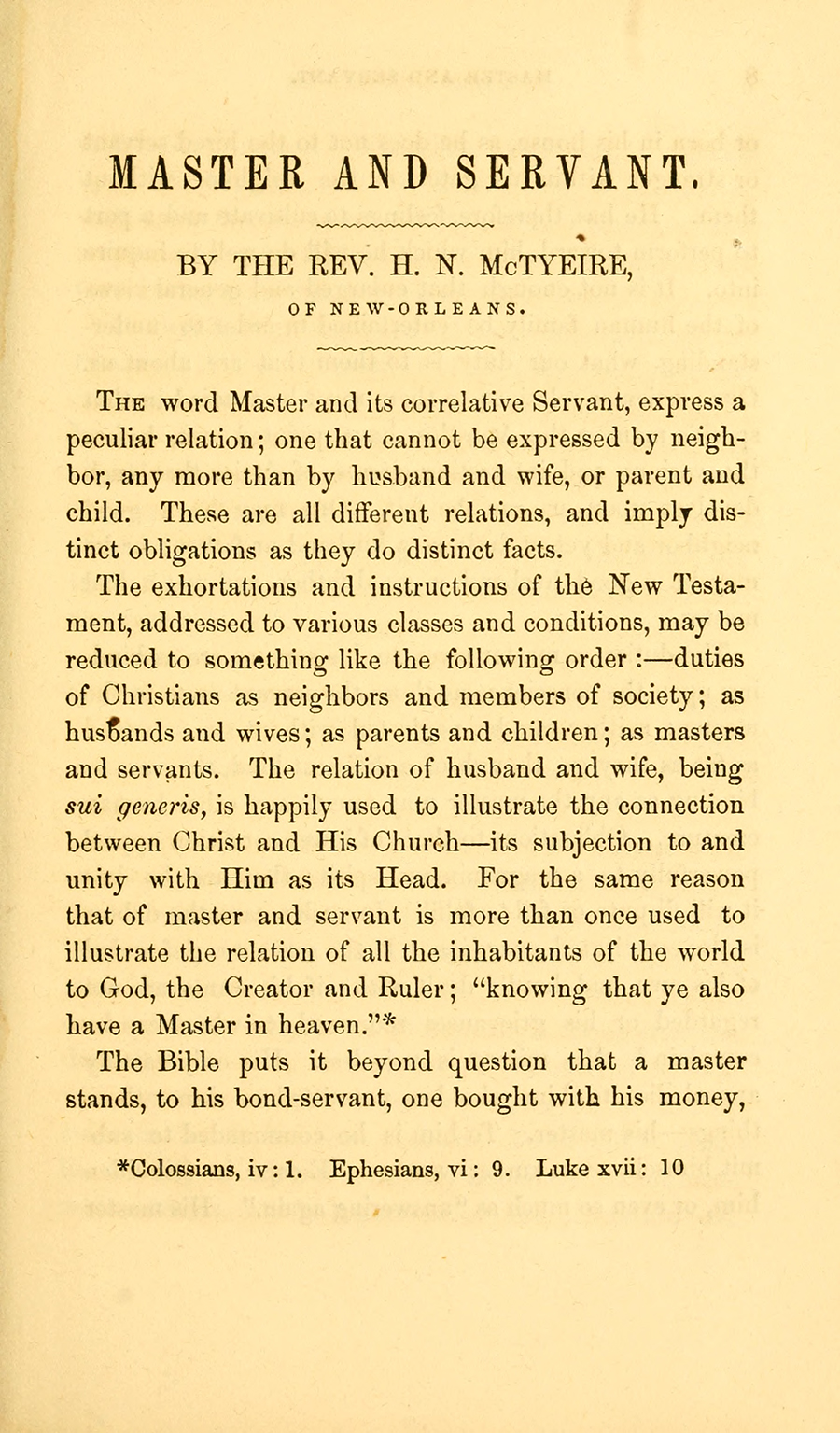 Written by Holland McTyeire in 1859, this book justifies the institution of slavery by arguing that it fulfilled the will of God. It was a winning essay submitted to a writing competition on the subject. Born in South Carolina to a slave-holding cotton planter, McTyeire’s racist perspective is not unusual for a white southerner of the time. However, he takes a unique approach to the relationship between slavery and the church. He argues that African Americans can be saved, and proudly wrote that he had preached more than 300 sermons to “negro congregations.” His writing reflects a shift in the beliefs of contemporary southern church leaders. In this book, McTyeire also argues that masters have a moral responsibility to treat their slaves humanely and with kindness.

Since its creation, the Methodist Church had been officially opposed to slavery. This position split the organization into Northern and Southern factions. Bishops in the church represented both regions, and were not allowed to own slaves because it was seen as a conflict of interest. In 1844, a Bishop from Georgia named James Andrew inherited slaves and was asked to step down. This sparked such great controversy that the church split in two, creating the Methodist Episcopal Church, South. Bishop McTyeire’s writing reflects the beliefs of many other leaders in this newly formed institution, and served to try to grow the appeal of the MEC, S to other southerners.

[Brass Door Knob from Holland McTyeire’s Campus Residence] »
« The General Conference of the Methodist Episcopal Church, South. Convened in Nashville, Tennessee, on the First Day of May