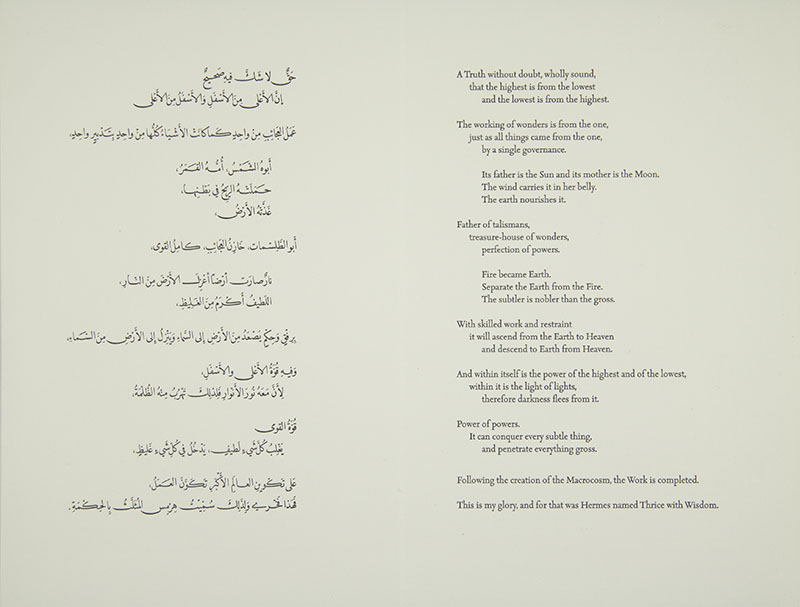 The Tabula Smaragdina (The Emerald Tablet) is one of the earliest surviving works on alchemy.  One of the oldest copies of this work derives from a 9th century Arabic manuscript, later translated into Latin in the 12th century.  This work heavily influenced later medieval works on this topic.