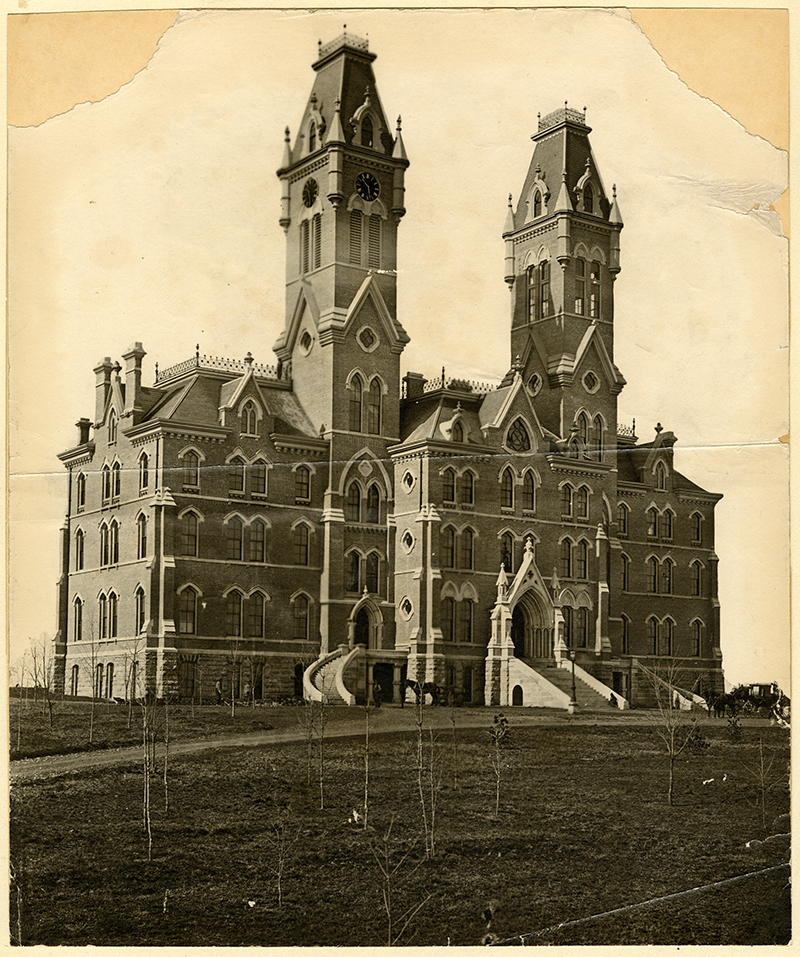 When travelers debarked from their train in Nashville, one of the first landmarks they saw was the twin towers of Old Main, two beacons that can be seen from downtown. She was certainly a sight to behold.  As one eyewitness observed, “our visitors were in no hurry, and lacked not for entertainment at every turn as they examined the details…never fail to impress strangers.” Inspired by 13th century Gothic architecture, Old Main first opened its doors to 151 students in October of 1875. Old Main and its faculty faced the daunting challenge of educating what Bishop McTyeire described as students with “little culture of mind” to meet Chancellor Garland’s high academic standards. Old Main boasted a diverse facility that accommodated the chemistry, pharmacy, and physics departments as well as meeting rooms for literary societies and lecture halls. On the upper floors, students could  see scorch marks made from cannons during the Battle of Nashville, which had occurred during the American Civil War.

The Sky’s Not the Limit »