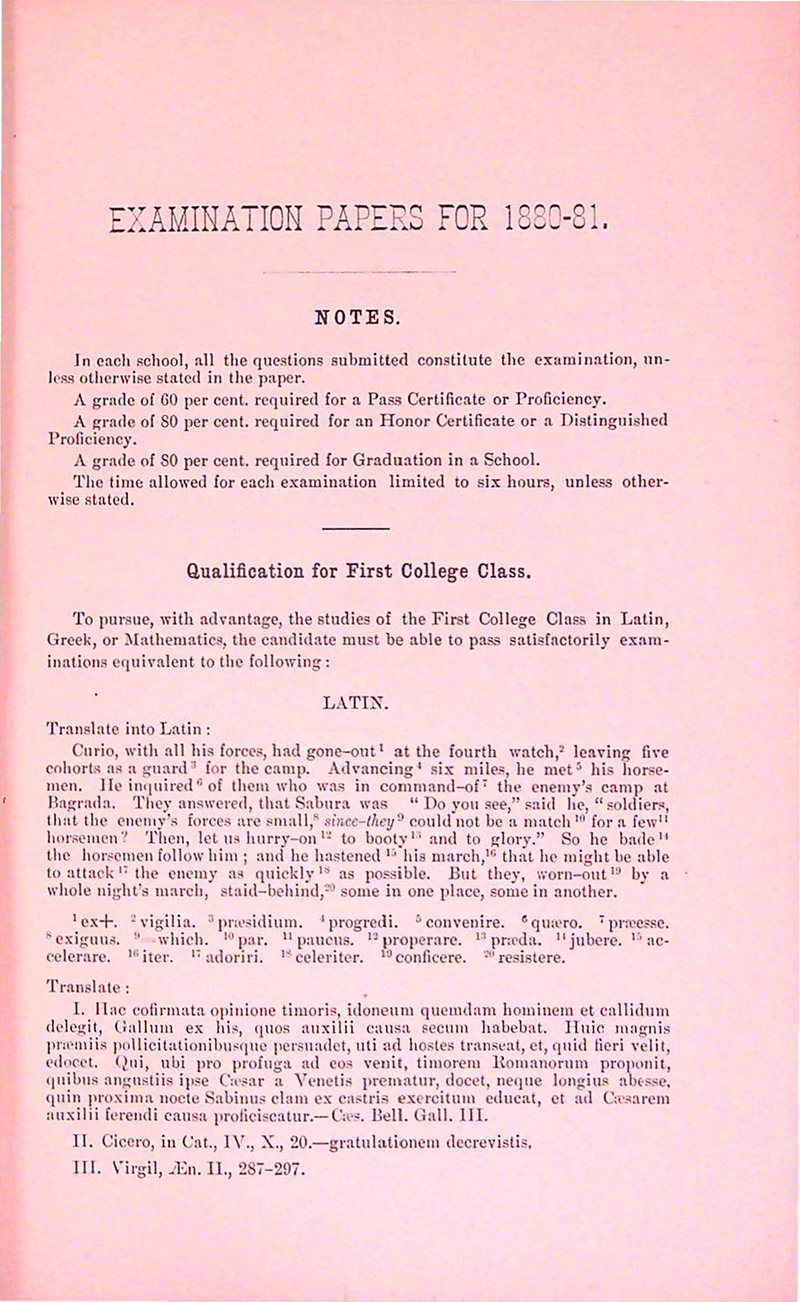 No other entity reflected Vanderbilt’s rigorous standards like that of the entrance exams. To gain entrance and remain in good standing, Vanderbilt students took frequent exams to test their knowledge.

Such knowledge included a well-versed understanding of arithmetic, geometry, Latin, and Greek. Could you translate a verse into Latin, solve a basic geometry problem, and apply complex grammar structures?  Could you take an exam lasting six hours while also receiving above a 60%?

Now imagine if you only had a fourth grade education, as was typical for most southern men after the Civil War.  In order to be admitted to Vanderbilt, students had to prove that they had the necessary background for college entrance coursework.

This exam was an old-fashioned approach to higher education, emphasizing constancy, endurance, and memory. No wonder Garland remarked about the underwhelming preparedness of the first class at a Board of Trust meeting in 1876. Without a proper secondary education, many students were ill-prepared for a Vanderbilt education, which reflected into question the disorganized state of southern education. Consequently, in the early years, Vanderbilt had to offer remedial courses to many ill-prepared students.

Breadth and Depth: what will you study at Vanderbilt? »
« 30,000 Scientific Instruments: The Pride of Garland