Vanderbilt’s second decade, 1886-1895, was a time of rapid change for the fledgling university. There was a rising population of female and international students, as well as broadening of extracurriculars such as athletics, Greek organizations, and student clubs. Figures such as Charles Soong and Stella Vaughn created lasting legacies at the university during this decade for their prolific and influential work. The longest running student publications, the Comet (later renamed The Commodore) and The Hustler, Vanderbilt’s student newspaper, were founded in 1887 and 1888, respectively. The first form of student government – the West Side Court – was established a few years later in 1891 to adjudicate disputes between young men living in the six dormitory cottages which made up West Side Row. Modern student life harkens back to the student experiences first witnessed during this decade. 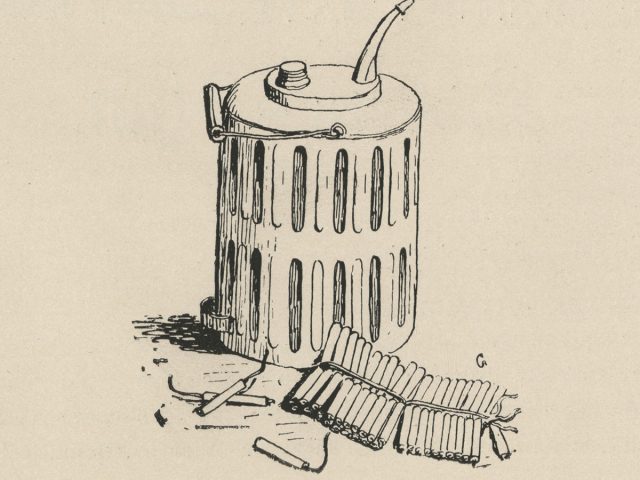 “Gas Canister and Firecrackers, from the West Side Club”

The members of the West Side Club, a social club for students... 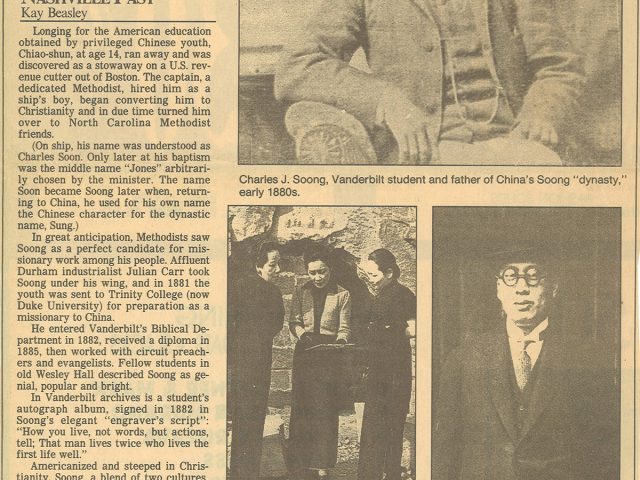 This picture of Charles (Charlie) Soong was taken at Vanderbilt... 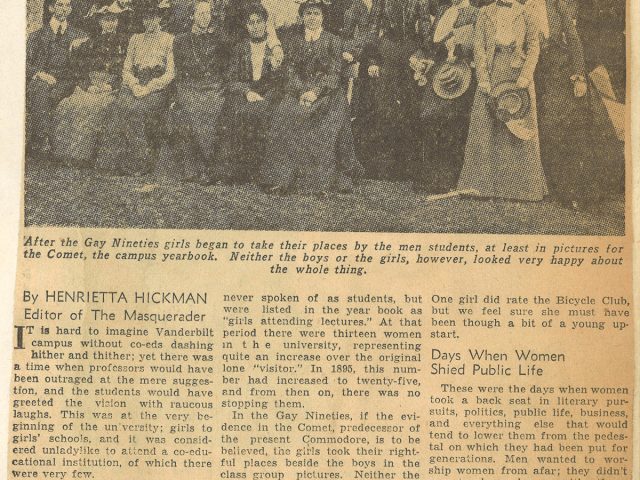 This article describes the shift at Vanderbilt from female... 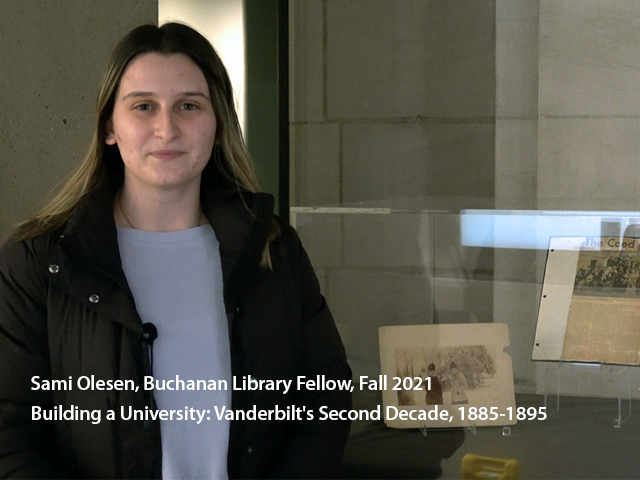 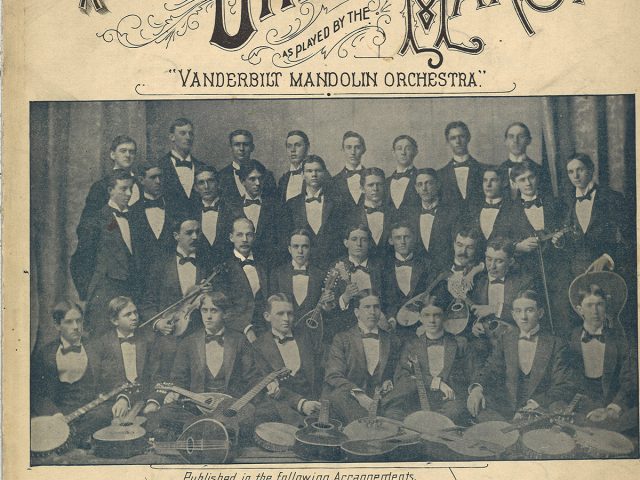 The Vanderbilt Mandolin Orchestra performed in many concerts... 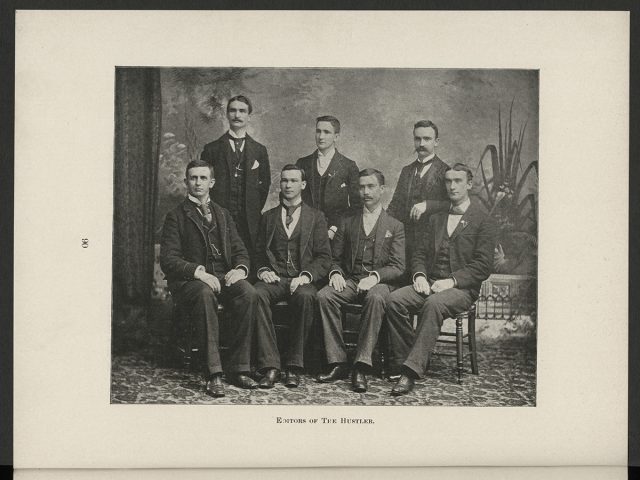 The Editors of The Hustler

The Hustler was established in 1888 to report on campus news... 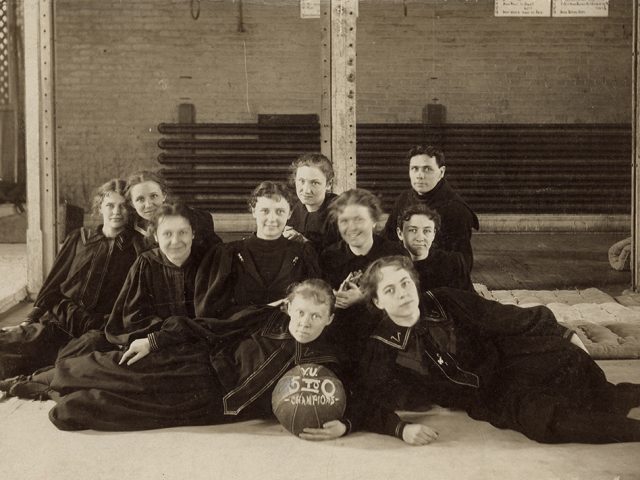 Displayed are the women of the 1896 basketball team. Pictured... 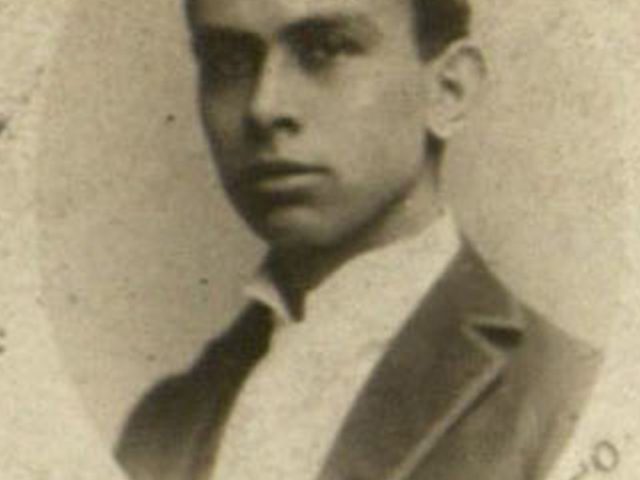 Diaz, Francisco Ramiro was a medical student from Mexico... 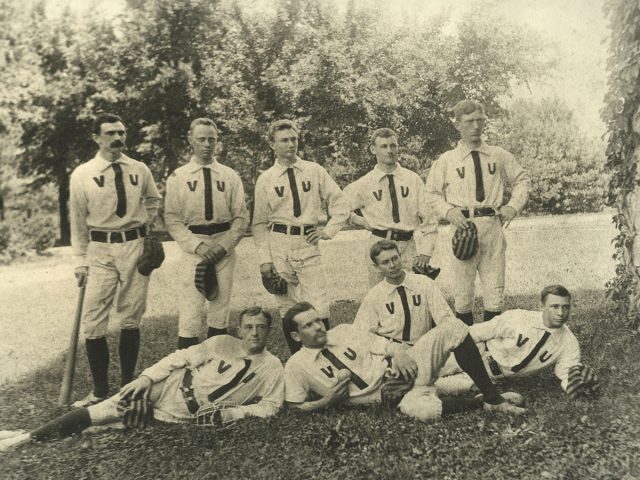 In October of 1877 students organized a baseball game against... 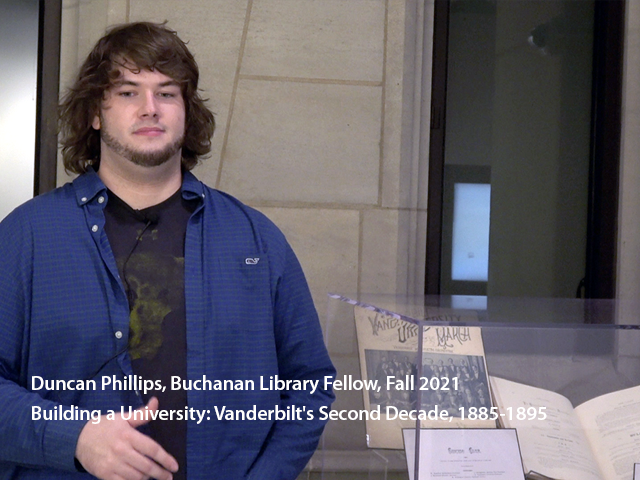 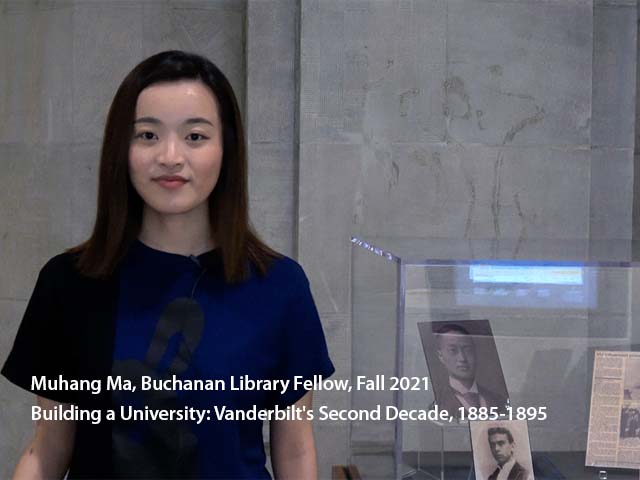 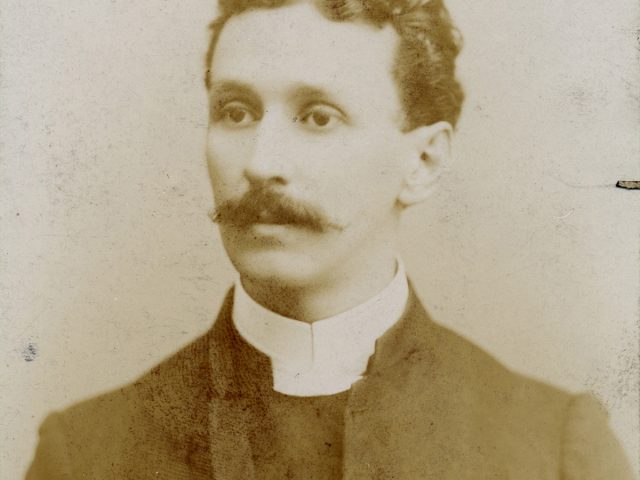 Professor Rodriquez was originally from Mexico. He spent many... 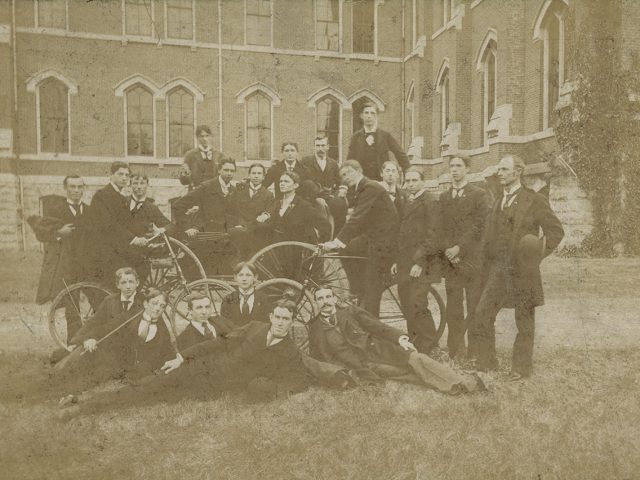 From its earliest days students had complained about the lack... 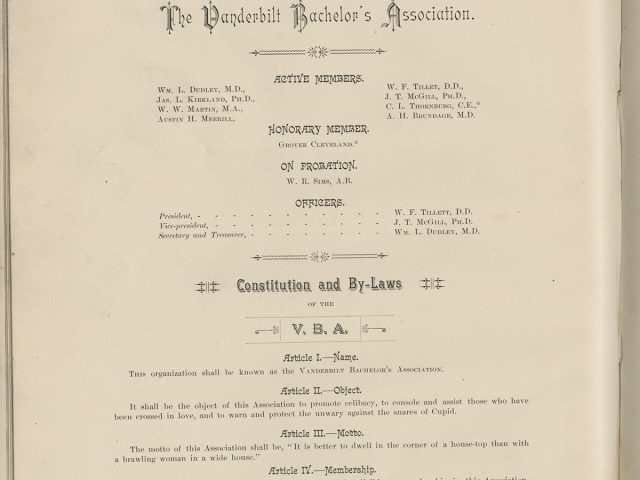 “Constitution of the Vanderbilt Bachelor’s Association”

During Vanderbilt’s second decade, many of the social clubs... 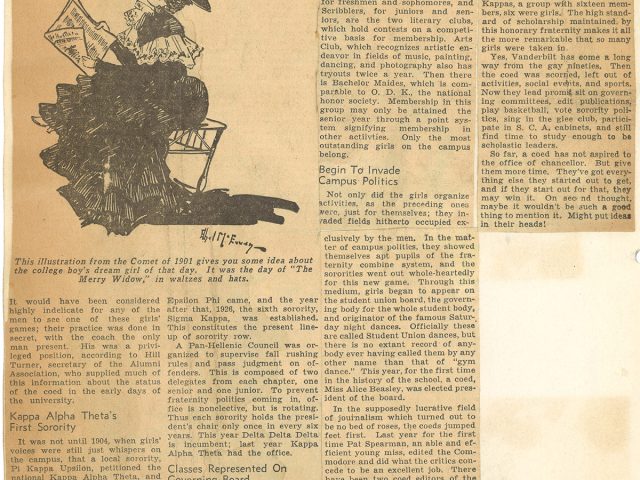 “In 1892 Vanderbilt’s Women Students Were ‘Girls at Lecture’” 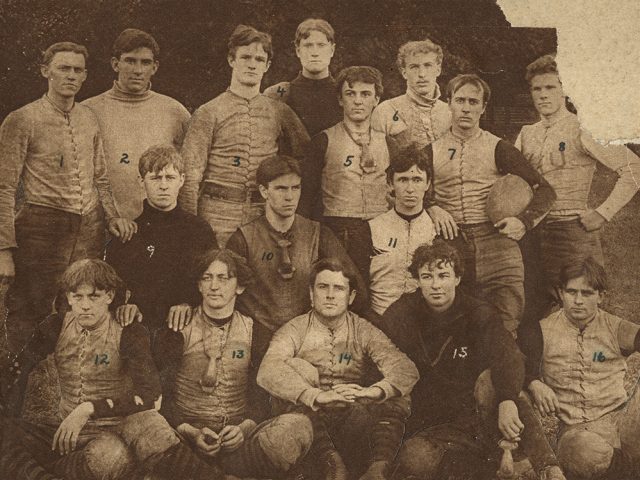 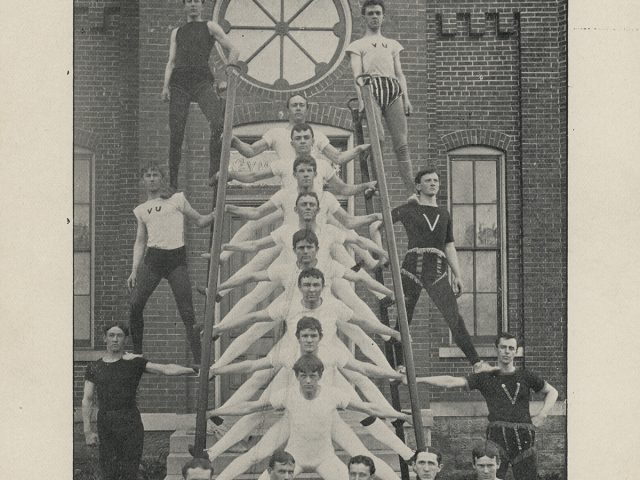 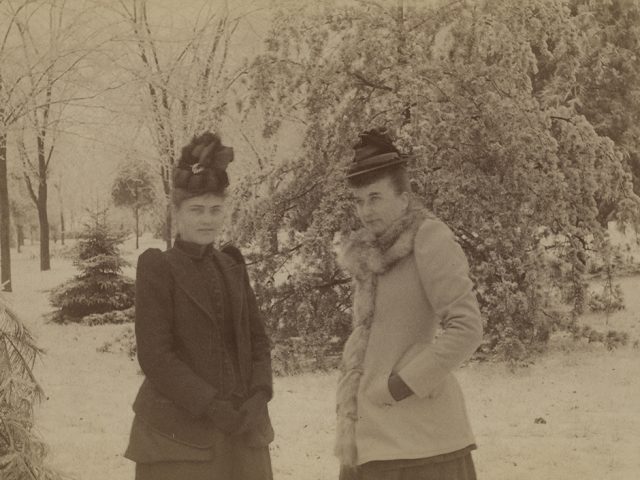 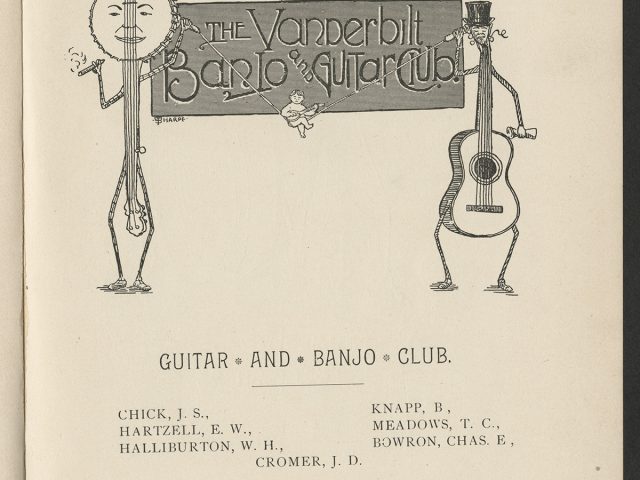 “The Vanderbilt Banjo and Guitar Club“

By the 1890s, student organizations expanded from their... 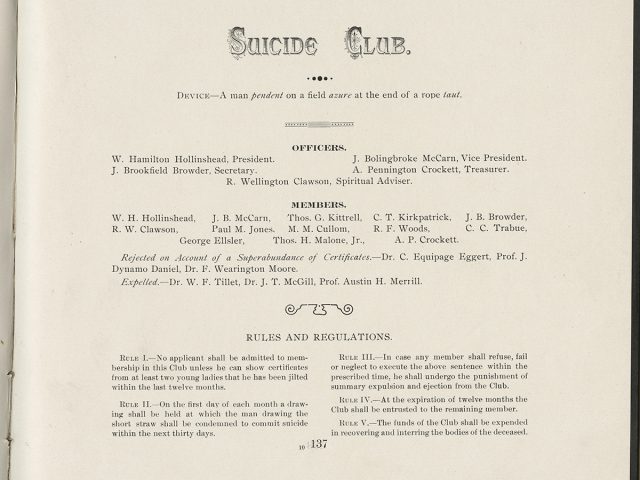 “The Charter of the Suicide Club”

Many of the student organizations of this period were social...