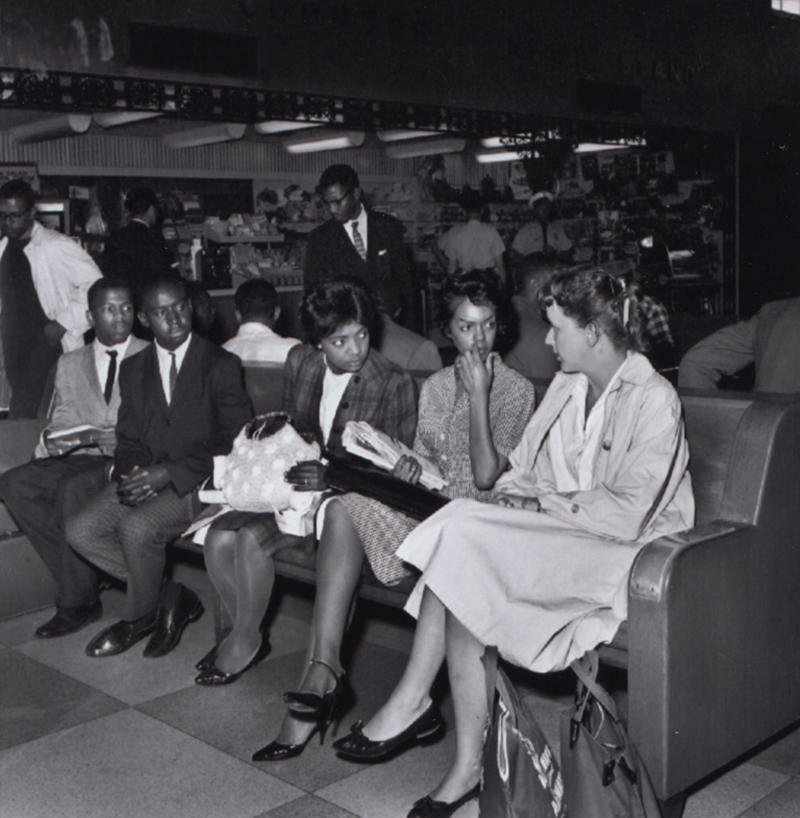 Salynn McCollum was a student at Peabody College in Nashville, Tennessee when she joined the Freedom Riders on a bus trip from Nashville to Birmingham, Alabama. One of only two white students on the trip, McCullom was sent to be an observer but was arrested along with the other students and held in a Birmingham jail for three days before being released in her father’s custody. She continued her association with the Civil Rights Movement in spite of her family’s disapproval. After this arrest she was expelled from Peabody College but went on to attend Southern Illinois University. She was joined by John Lewis in Cairo, Illinois where they initiated sit-ins at local lunch counters and continued to press for desegregation. It was during one of these events that Salynn was stabbed in the thigh with a knife.