The Dragon of Wantley, His Rise, His Voracity, & His Downfall, a Romance 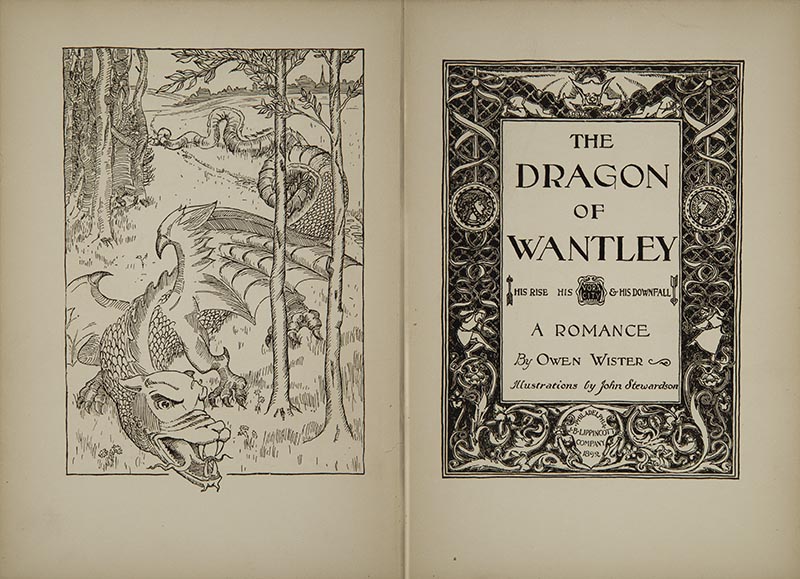 Fearsome dragons figure prominently in romantic novels set in the Middle Ages which were published in the 18th and 19th centuries.  The Dragon of Wantley was a legend about the slaying of a dragon by a knight on Wharncliffe Crags in Southern Yorkshire.  Comic ballads of the tale appear as early as 1685.  This 19th century retelling by Owen Wister proved very popular and went through four editions in ten years.

The History of Four-Footed Beasts and Serpents »
« Kreuterbuch bestiary