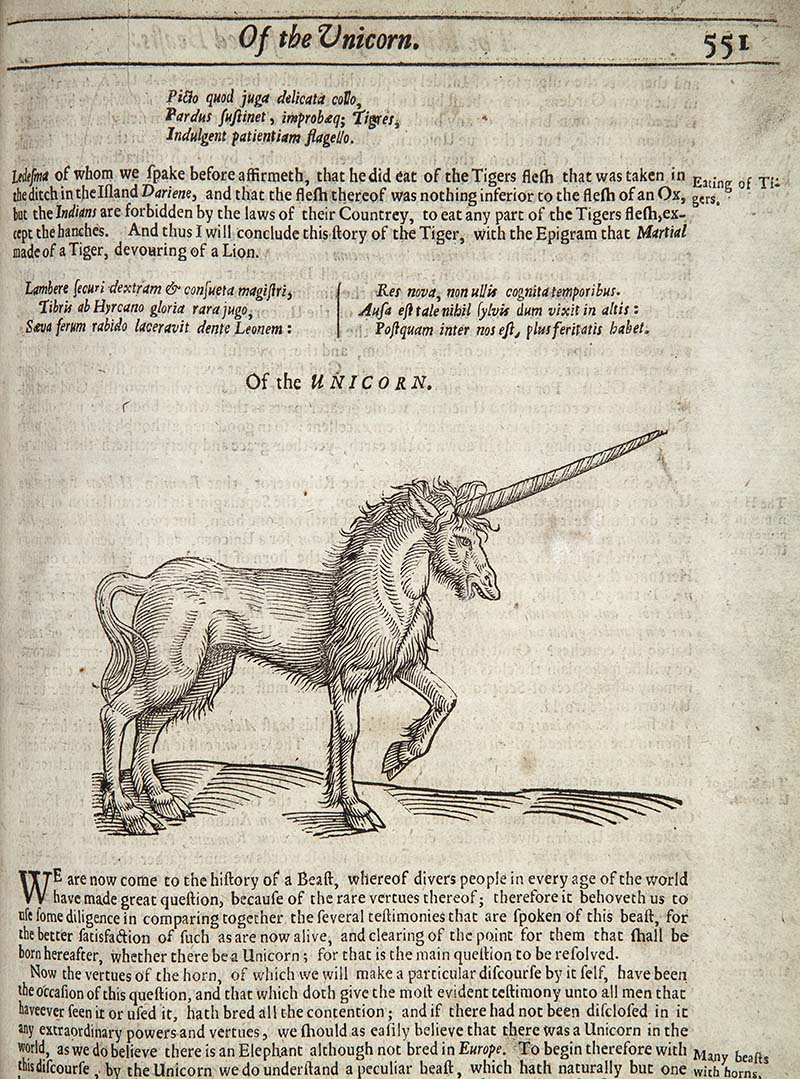 Edward Topsell
London: Printed by E. Cotes, for G. Sawbridge at the Bible on Ludgate-hill, T. Williams at the Bible in Little-Britain, and T. Johnson, at the Key in Paul's Church Yard
English
Special Collections and University Archives

Bestiaries from the 16th and 17th centuries often featured mythological creatures alongside authentic ones.  The unicorn is mentioned in the myths of ancient India and China.  Medieval legends of the unicorn included the belief that such creatures could purify tainted water with its horn.  Cups made from unicorn horns were believed to protect the user from poisoned drinks.

« The Dragon of Wantley, His Rise, His Voracity, & His Downfall, a Romance