When Vanderbilt University opened in 1875, students lived in university approved off-campus boarding houses. In 1886, William H. Vanderbilt - the eldest son of Cornelius Vanderbilt - left $10,000 to the school to be used as the administration saw fit. The Board of Trust decided to build four dormitories on the western side of campus to provide lodgings for the growing student population. In 1887, two more dormitories were added to the row as well as a nearby dining hall to help feed the growing number of students living in the dormitories. The six dormitories were called “West Side Row” and the dining hall was designated “West Side Hall.” 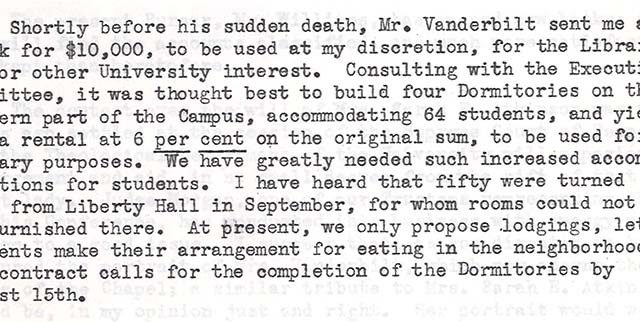 Vanderbilt Board of Trust, 1886 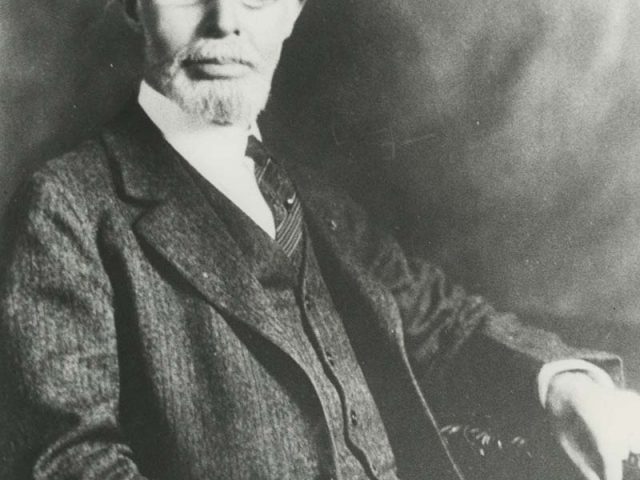 In this excerpt from Stella Vaughn’s “Vanderbilt Days” essay,... 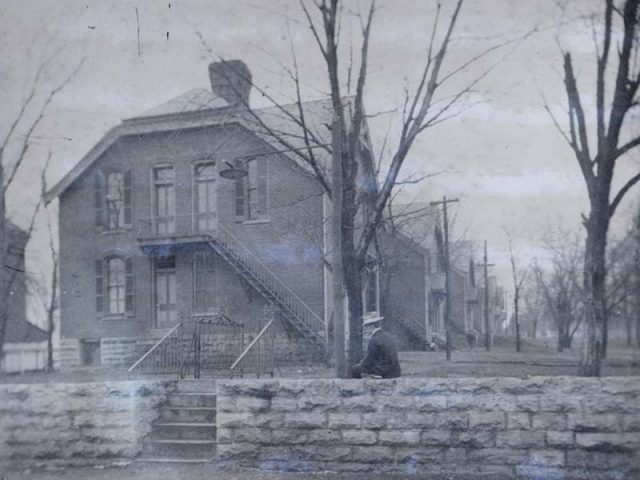 There were originally four two-story brick cottages built in... 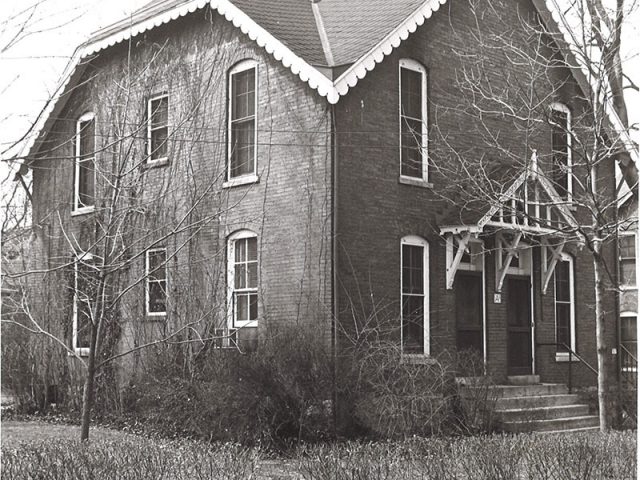 Each room had a corner fireplace (which connected to the... 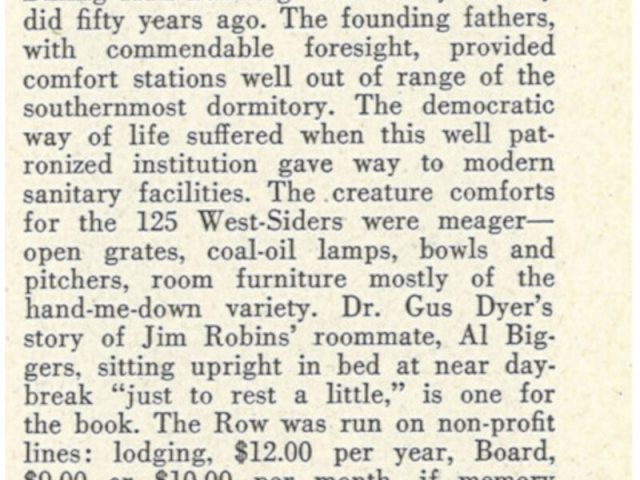 Excerpt from an article written by Devereux Lake for a 1944... 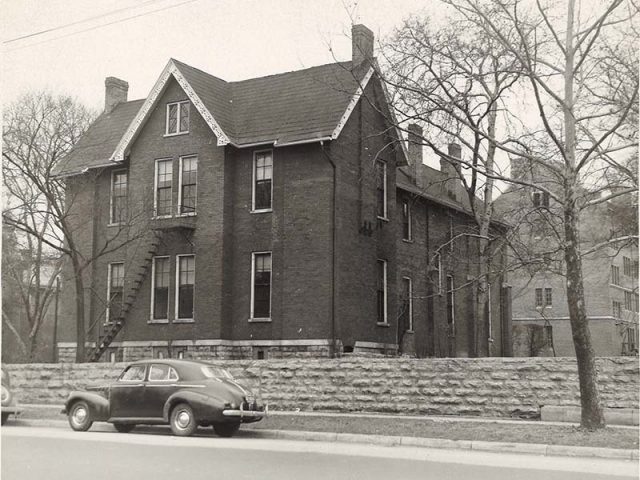 West Side Hall was constructed in 1887 after Euclid and... 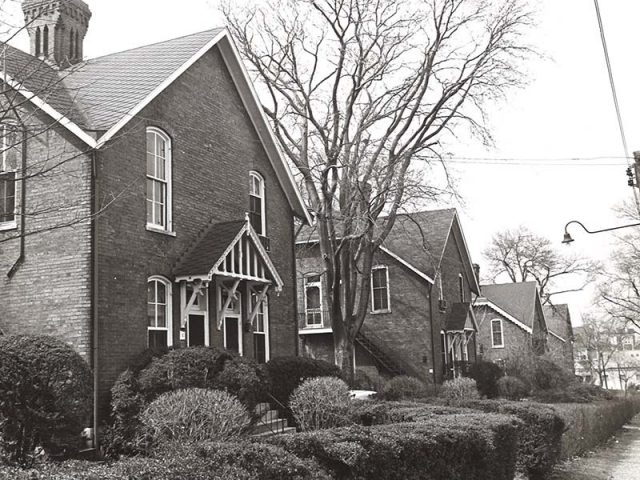 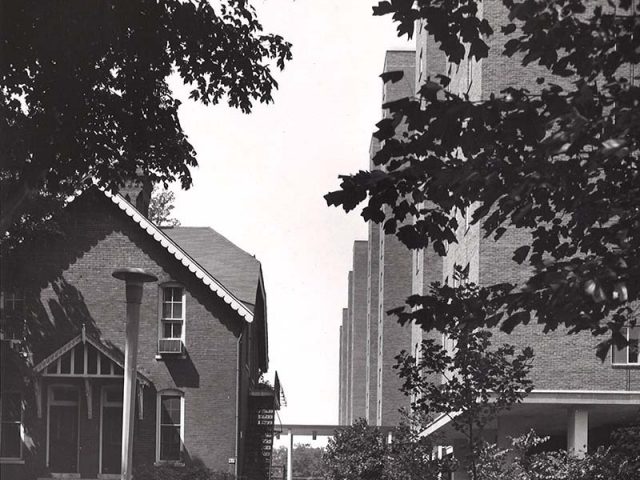 West Side Row and Carmichael Towers, 1970 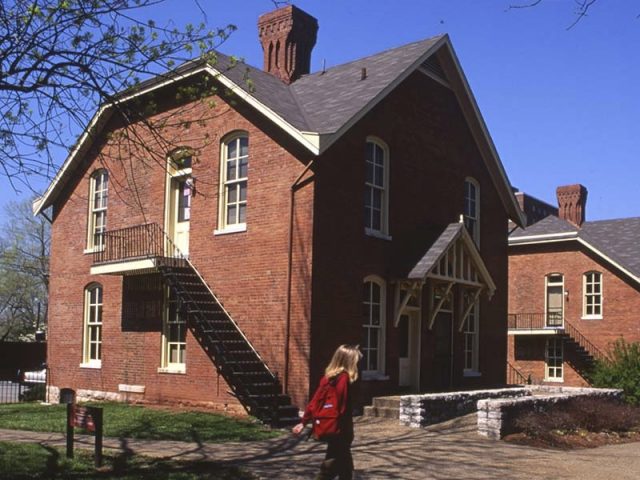 Franklin, the last of the West Side Row dormitories to be...