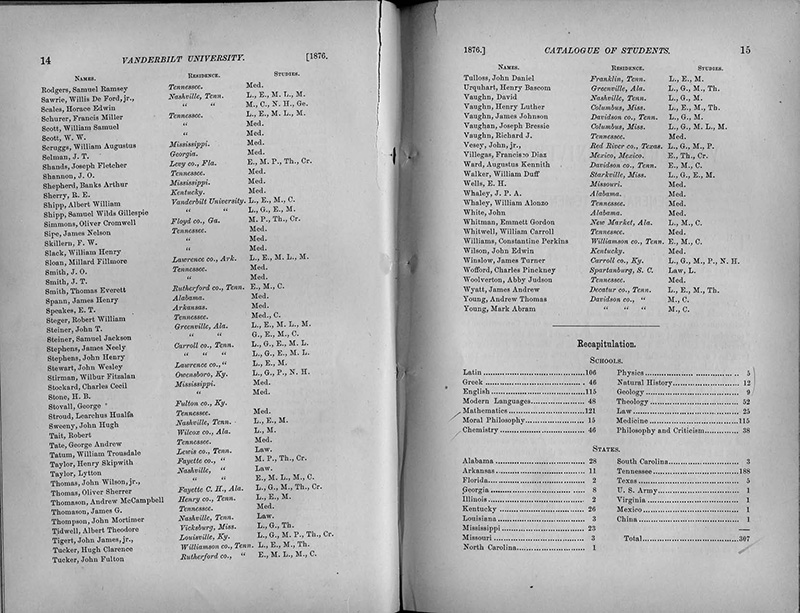 During the first year of its founding, Vanderbilt University admitted three hundred and seven undergraduate students as its first official class, as documented in the University Register. The student body came from across fourteen U.S. states and two foreign countries, China and Mexico. Even though the students were predominantly from Nashville and the greater Tennessee area, 1873 marked the beginning of a slowly diversifying student population both geographically and academically as the university expanded.

On page seventeen of the Register, the University was organized into The Department of Philosophy, Science, and Literature, The Biblical Department, The Law Department, and The Medical Department, which are precursors to the different colleges at Vanderbilt now. For instance, The Department of Philosophy, Science and Literature corresponds to the College of Arts and Science. This categorization would undergo further changes as departments combined or diverged, especially in the first decade of university history.